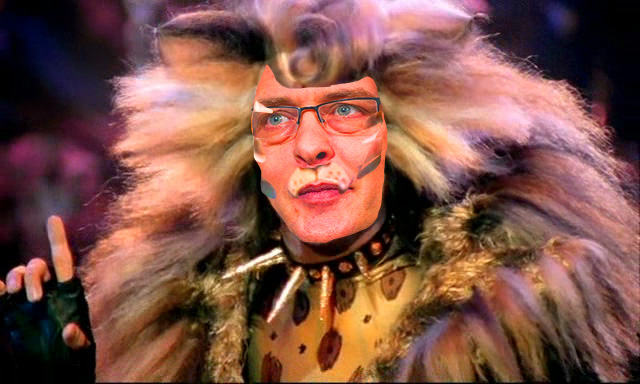 If you are or were a fan of the Jets for a while, they have been one of the more frustrating teams to follow. If you haven’t been a Jets fan, then they’ve been a hilarious team to follow. Because the results you’re seeing now isn’t borne out of new talent. Sure, Patrik Laine is only in his second season. Kyle Connor is in his first full one. Ehlers has only been around for three, but most everyone else has been in Winnipeg for years. Clearly, they should have been better than they were, as they’ve been sporting one of the best forward corps at least for years now.

The goaltending, rightly, got a lot of the blame as Ondrej Pavelec, Michael “Something About You Girl” Hutchinson, and Connor Hellebuyck spent most of their time finding more and creative ways to Nickelodeon-slime the rest of their team the previous few years. Hellebuyck cementing the role as his own this year is the biggest factor as the Jets soared to near the top of the conference.

The other is that Paul Maurice is no longer acting like one of the dumber coaches in the league, nor taking his team with him.

The previous three seasons, the Jets finished no lower than 6th in penalty minutes per game. In terms of just minor penalties, the ones you tend to end up on a penalty kill for, the Jets finished 1st, 3rd, and 4th as far as most minors taken. This year, they’re 17th in penalty minutes per game, and 12th in total minors taken. And don’t think it wasn’t an approach. Maurice accentuated the Jets assholic tendencies, and didn’t really mind if they took swipes after whistles or went for hits out of line because of “intimidation” and “grit” and “beer fart.”

Taking a lot of penalties in the previous years was a monumentally dumb strategy for the Jets, because they were a basket case penalty killing unit. The previous three seasons they finished 13th, 25th, and 26th in penalty kill. So not having a good kill, and putting themselves on it a lot was always going to be a major obstacle for them to actually be any good. So they were bad, and didn’t win a playoff game.

The difference is clear. In special teams goals, the Jets are +13 this year. Last year they were -13, including giving up five 5-on-3 goals. A turnaround of 26 goals is a lot of points they’re banking simply by not being so dumb that they didn’t get last year because they were idiotic.

It also helps when your goalies are unconscious when shorthanded. While systematically the Jets were middling-to-clueless on the kill, they’re goalies simply were waving at more pucks than an octopus trying to catch balloons. Their team SV%’s on the PK were .874, .860, and .849. This year it’s .902, which is unholy, and best in the league. That doesn’t really have much to do with Maurice, but at least they’re not asking as much of their goalies. Given the attempts and chances they give up on the kill, which is higher than the previous three seasons in both, it’s not like Maurice has figured out a better way to kill penalties than “hope my goalie isn’t playing like he’s drunk.” And Hellebuyck hasn’t, so that’s worked. But hey, taking way less penalties is a step in the right direction.

Don’t think this won’t make a difference. Unless they really fuck up, the Jets are staring at what should be the de facto Western Conference Final in the 2nd round. And the Predators are one of the most penalized teams in the league, as Peter Laviolette hasn’t done much to corral the snarl and growl and dumbassery that the Preds developed last spring. A huge gap in special teams, given how good both the Jets’ PP and PK have been, could tilt that series.

And we’re certainly here for a series the Preds lose because they were dumber than the Jets.