Game #72 – Canucks vs. Hawks: Lineups & How Teams Were Built 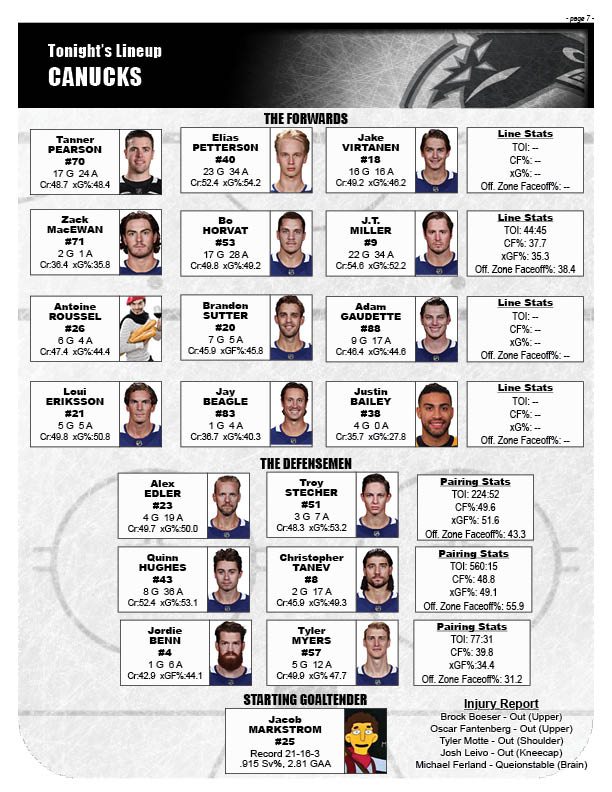 Notes: Not only did the Canucks play last night, and not only are they bad, but they’re beat up. Ben Hutton, Brandon Sutter, Antoine Roussel, and Chris Tanev are done for the season, and Ryan Spooner is pretty close to that. This wasn’t a team that was screaming with depth before, so you can see why their half-assed playoff chase is falling by the wayside…Pettersson has cooled off a bit, with “only” 15 points in the last 21 games, but he wasn’t going to shoot over 20% forever…His linemate Boeser is under no such streaks though, as he has points in his last six and has been a problem for the Hawks in the past…Virtanen has two goals in 2019, so that’s working out well…Remember kids, if Luke Schenn is on your blue line, then it probably sucks…

Notes: Wouldn’t expect any changes here. Koekkoek came in for Dahlstrom on Saturday and the Hawks gave up 48 shots to a mediocre team, so he probably gets back in to try and help Murphy. Either for Forsling or Koekkoek, it doesn’t matter…Perlini was named second star of the week by the NHL, and why wouldn’t he be? Don’t buy in yet, he still smacks of a third line weapon, but at least he’s being used on the PK where he has a chance to do some real damage too. They need all the speed they can get on that unit…If Colliton had any balls they’d call up Jokiharju has have him replace Seabrook, but we won’t hop on one foot waiting for that to happen… 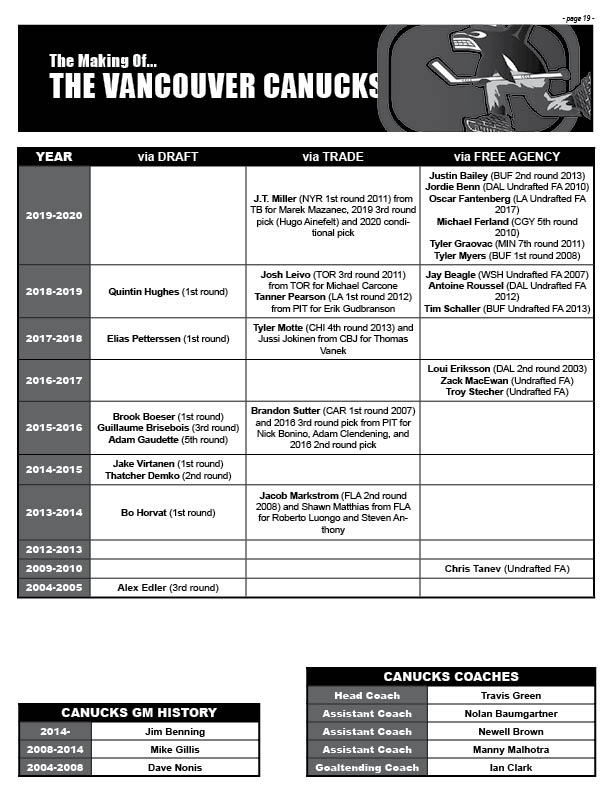