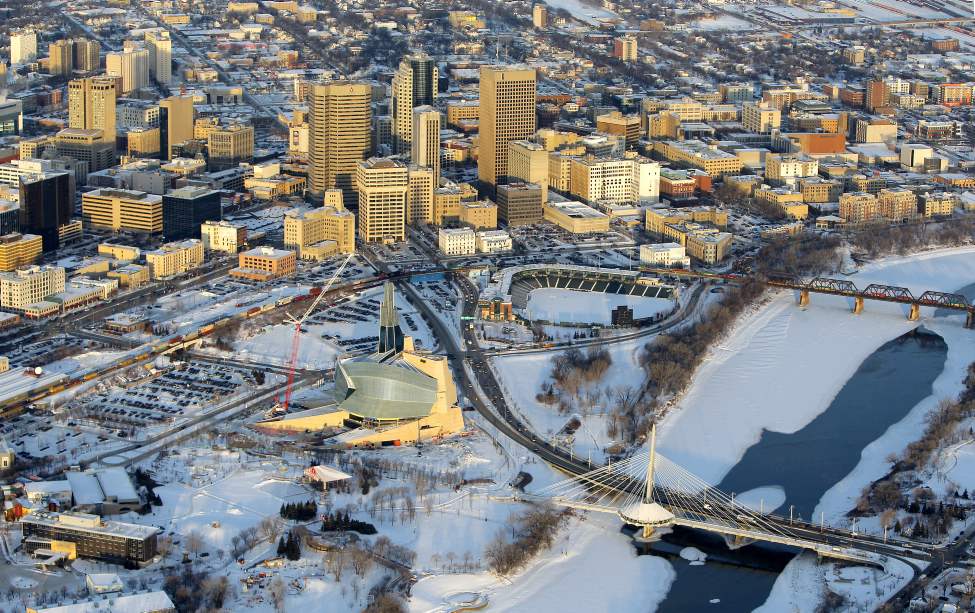 We understand that this is a Canadian thing. They’re all a little touchy about not being the first place on a lot of people’s tourism list… aside from Montreal. Which only makes the other Canadian cities even more tetchy.

But no one takes it to the levels of the residents of one Winnipeg, Manitoba. You may remember that a little while back, a stupid little vignette by the San Jose Sharks production team made it clear that the Sharks players didn’t much care for going to Winnipeg. This of course sparked an outrage, with the Winnpeggers (Winnipegians?) touting the three restaurants they have and the movie theater that’s open on Fridays and Saturdays. Of course it’s just like every other city on the continent!

What we know of course, is that it’s not. It’s ridiculously cold. It’s not very big, as its population is only 778k, putting it on par with places like Columbus, Ft. Worth, and Charlotte. At least the last one has some decent BBQ!

What do you think of when you think of Winnipeg? Cold. People being miserable from the cold. And players and teams getting the hell out of there just about as soon as they can. Broadcasters wistfully telling stories about wishing to be hit by a bus rather than be outside any longer. Their greatest player, Dale Hawerchuk, beat it for Buffalo, for fuck’s sake. Teemu Selanne couldn’t wait to high-tail it to California. Just wait until Blake Wheeler is a free agent and wonders what it might be like to drive to practice in something warmer than -14.

Montreal has world class restaurants (and strip clubs, so we’re told). Toronto is a worldly city, apparently. Vancouver is one of the more aesthetically breathtaking cities in the world. Even Calgary has a fucking rodeo. Winnipeg? Winter storm warnings and darkness.

And that’s ok. You can take pride in that. You’re hardy souls. You don’t hear the people of Duluth proclaiming to be a world destination. Or Fargo, and they even got a movie and TV show named after them (though you’ll notice either actually took place there because…GAH!). Boise, Idaho doesn’t either and that place is apparently cool.