Game #70 – Hawks vs. Maple Leafs: Lineups & How Teams Were Built

Notes: Perlini’s insertion onto Strome’s and Cat’s line has really lifted their metrics. And they’re also smart enough sometimes to just throw a fly pattern with his speed. D-men get awfully puckered with a bouncing puck at their feet and him streaking at or outside them. He almost had four goals that way on Monday…Likewise Sikura with Toews and Saad, though Toews and Saad just kind of do that. They’ll have their hands full tonight though…If Forsling and Seabrook start one shift in their own zone, Colliton should have his glasses broken in front of him…The fourth line has been really good since Kampf’s return. It’s almost as if he’s good?

Notes: Muzzin’s use as a strictly dungeon-master doesn’t really jibe with what he did in LA with Doughty, but then again they don’t have anyone else. It hasn’t been smooth, and they need Gardiner back…Marleau has one goal in his last 12, and playing on a checking line wouldn’t seem to suit him at this stage of his career…Nylander’s SH% has dropped to 6% even though everything else is in line. We’re sure the ever patient Toronto fans and media are giving him every break though after signing that huge deal after a holdout…You can get at this defense. The Leafs have had a sub-45% share in five of their last six games…If you’re looking for Kasperi Kapanen, you won’t find him as he’s out with a concussion. 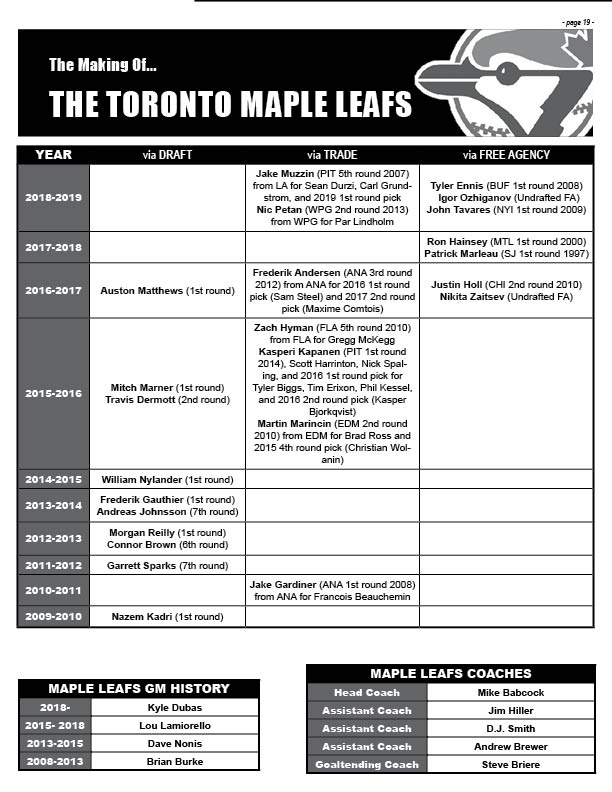