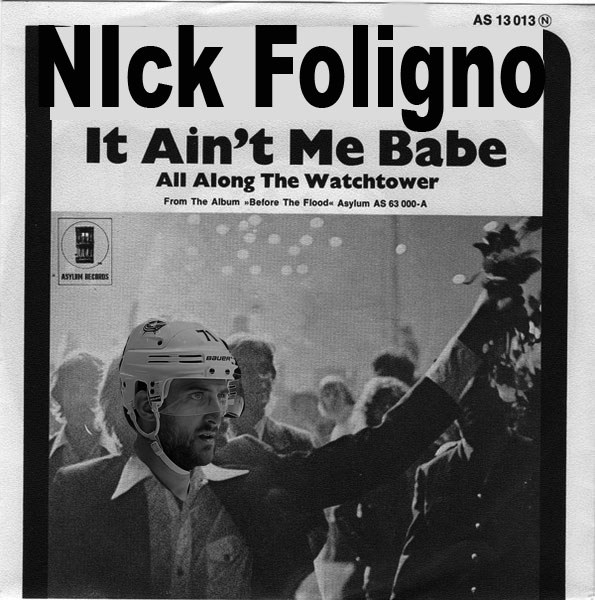 Nick Foligno is a fine player. That’s just about it. He’s deified in Columbus as he’s the captain of the team. He had one great season of 31 goals and 73 points, conveniently signed an lucrative extension for $5.7M a year during that season, and hasn’t come close to those numbers since. Strange how that happens. But it happens a lot, and it’s not Foligno’s fault that the Blue Jackets thought he’d shoot 17% the rest of his career. Get it when you can, while you can, as Dennis Hope told us.

Foligno is that rugged winger that teams love to make captains, and it’s all the better if they’re the son of an NHL-er. If you’re the son of an NHL player you basically have to shit your pants for a month straight before the league gives up on you. If Brady Tkachuk’s last name was anything else he’s probably a third-round pick. That’s just how these things go.

The problem with Foligno, and it doesn’t really have anything to do with him personally, is that when Artemi Panarin toddles off to whatever East Coast port throws an oil tanker of money at him, there will be a rush from Columbus front office types and media to declare that Panarin isn’t the type you win with, Foligno is.

On paper, that’s not totally incorrect. No team with Panarin on it has won a playoff series. Panarin himself has floated between dominating playoff games and not even appearing to be in the building. You could make that argument and it would be hard to disprove.

But…the Jackets haven’t won a series with Foligno either. And for a long while he was taking up a top-line winger role that he couldn’t live up to but was expected to because he did once on a fluke and he puts his face first into things. These types are teflon in the league. If you’re Canadian and run face-first into the boards a lot, everyone in hockey assumes you’re a winner and not just a dumbass.

You’d think teams would get it now, as the last four Cup winners were based off the starring brilliance of Duncan Keith, Sidney Crosby, Evgeni Malkin, and Evgeny Kuznetsov and not on the graft of a bunch of humps grunting and sweating the puck up the ice. It’s getting better, as teams realize that actual skill is the top priority. But there’s still a long way to go.

Foligno’s fine. He should be a passenger and not the driver.