Note: Corsica is still down, so the Stars xGF% were not available. 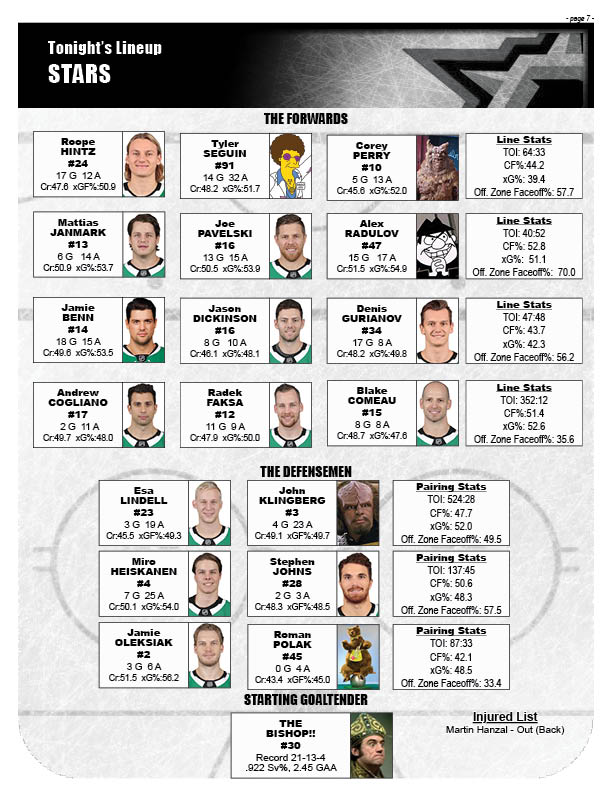 Notes: These don’t include yesterday’s game…There could be a couple changes from this. If Radulov is healthy enough to go, he’ll replace Nichushkin, and slot up with Seguin with Spezza on the third line. The Stars also acquired Ben Lovejoy yesterday, and he could make his debut in place of Fedun…Benn has dropped down with Faksa to form a checking line, which is a use for him, we guess…Klingberg and Lindell aren’t pushing the play nearly the way they did last year…Seguin has 12 points in his last 10 games…Klingberg has one goal since January 10th…all Cogliano does is get the play in the right end. Might be a sneaky cheap signing this summer to push Saad back up into the top six…

Notes: Our best guess on defense. We wouldn’t think that Colliton would want to hang Koekkoek immediately out to dry after his game-costing turnover against the Avs, but Forsling could replace him. Dahlstrom will probably go right back in…Perlini could come in for Kunitz or Hayden…Strome’s line had their first dominant game in a while against the Avs, with all three above 60% in Corsi…Kane had 13 shots against the Avs, tying for a team-record… 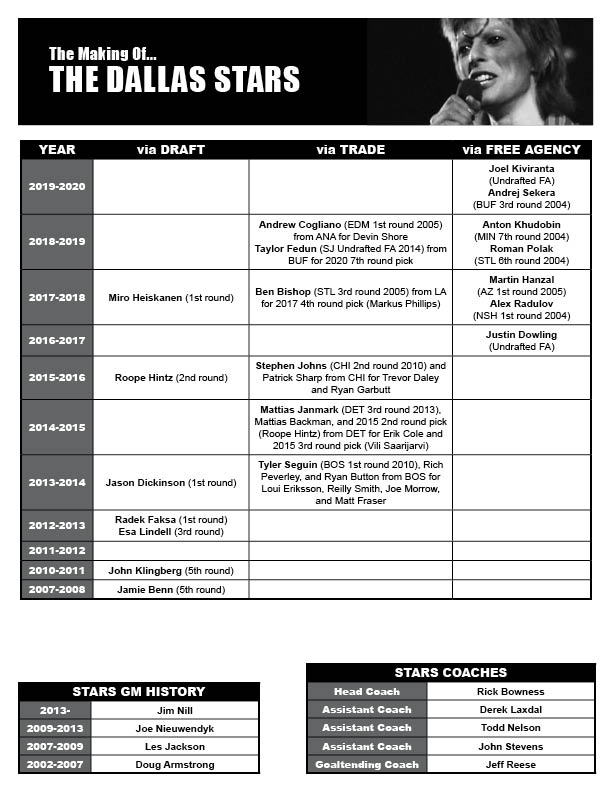