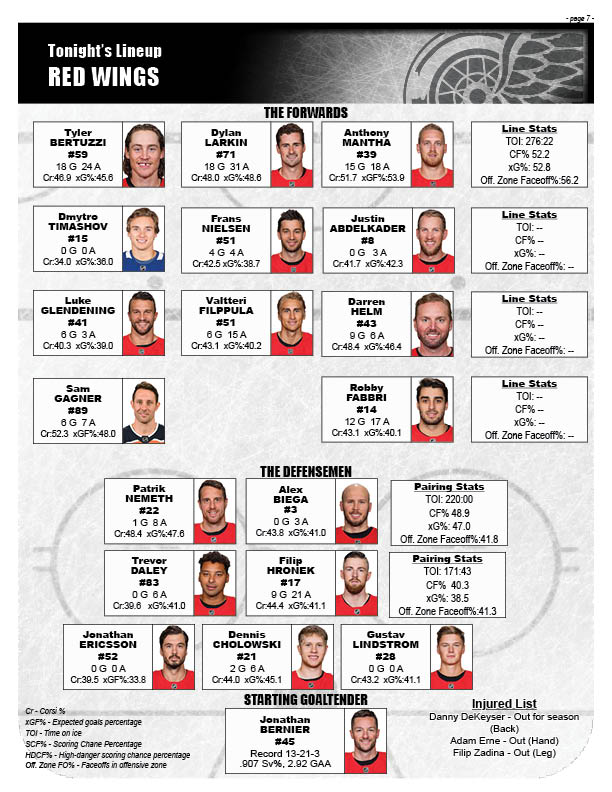 Notes: Jimmy Howard started yesterday in Buffalo, so it’ll be Bernier today. He shut out the Sens the last time he started, but he had given up 16 goals in his last four starts before that…Larkin has five points in his last four…Kronwall is a free agent at season’s end but has said he does not want to go anywhere, so the Red Wings can’t cash in on him…Athanasiou doesn’t have a goal since January 6th…what the fuck kind of doofus spells his name “Cristoffer?”

Notes: Only changes should see Dalhstrom come back in for Koekkoek, who was not good against Vancouver…After his late-game penalty Perlini would normally be scratched but the Hawks aren’t carrying an extra forward…Ward’s turn in the net if they’re splitting starts…Saad continues to kick in skulls, and he did it without Kampf on Thursday. Was one of the few Hawks above water in possession…Caggiula had five shots at even-strength against Vancouver… 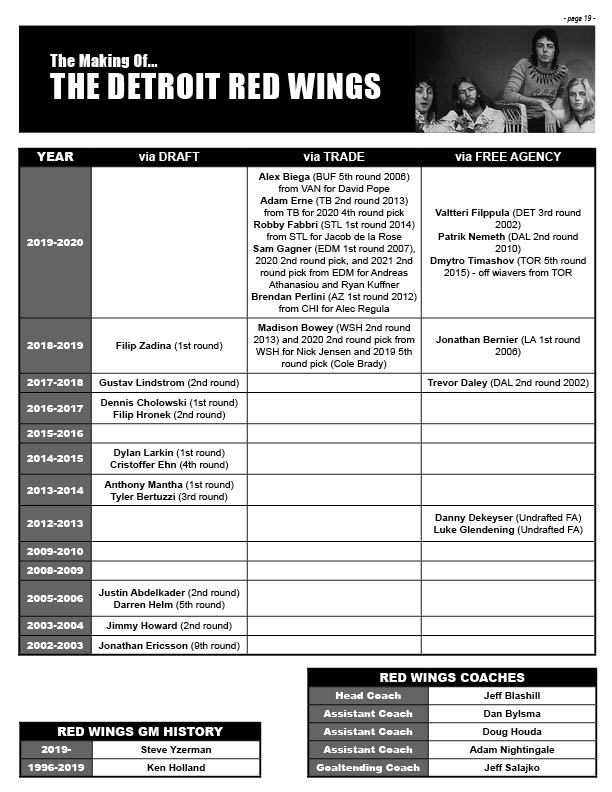