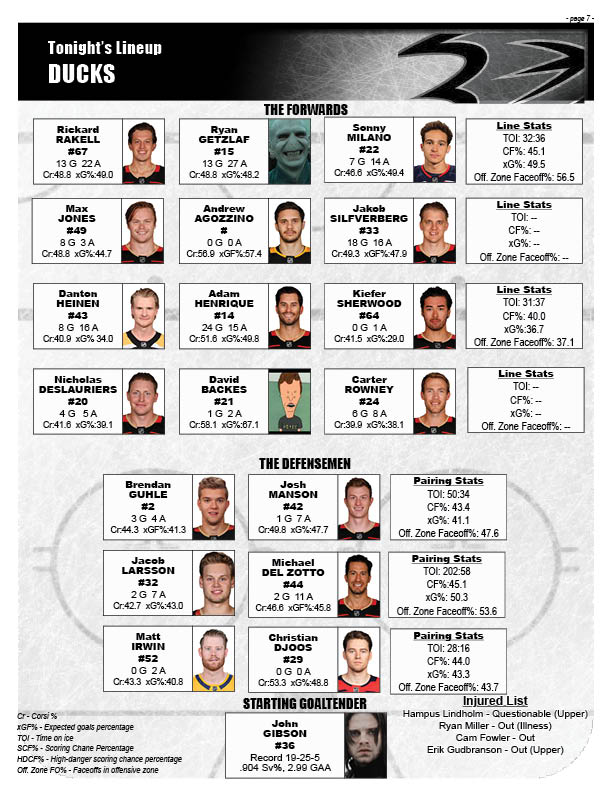 Notes: Lot of kids in the lineup these days for the Ducks, as they look to move on to the next generation. Seven players 25 or under in the lineup…Gibson has had a rough start to January with an .885…Getzlaf has one goal since December 6th…That top line has been utterly dominant in their brief time together…but good lord those bottom six metrics… 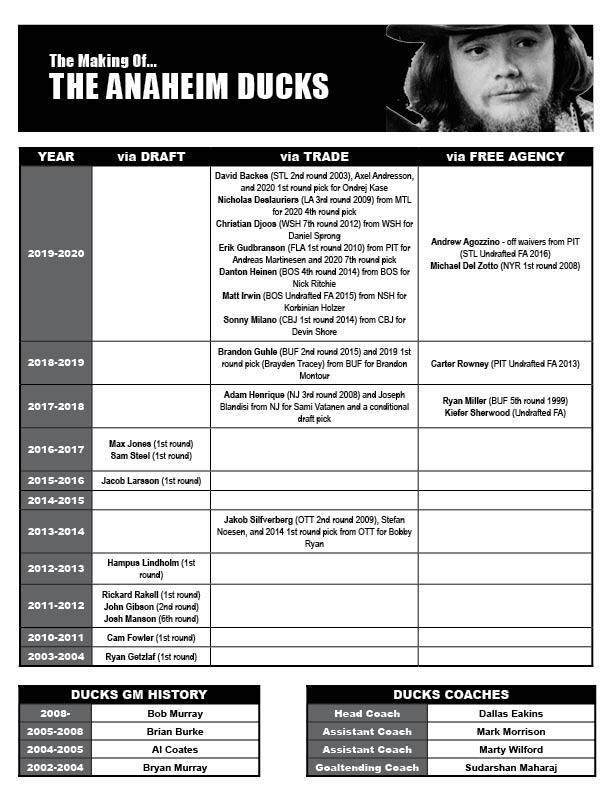 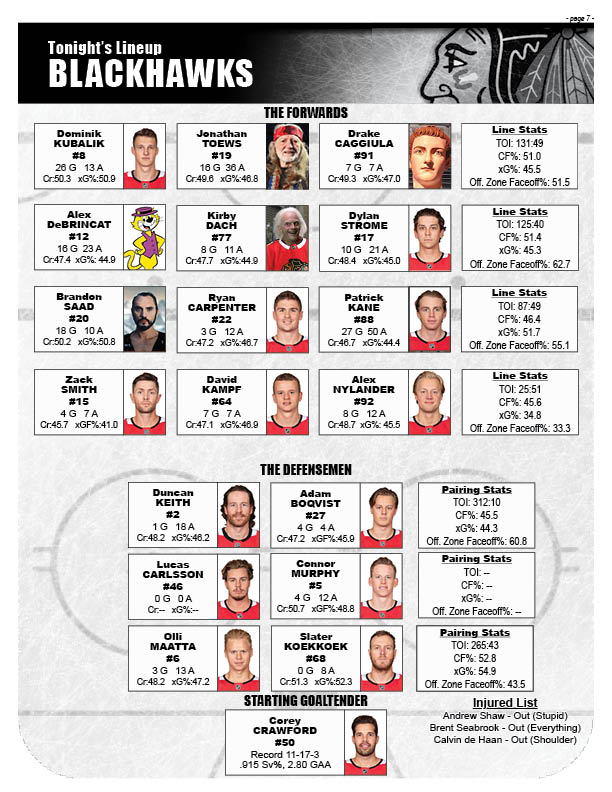 Notes: Here we are with this dumbass lineup again. David Kampf is not a winger, much less a scoring winger. Qunneville on the top line. Erasing all the confidence Sikura might have gained from his first goal by sitting him behind Nylander, Quenneville, and Highmore who are all terrible. Kane trying to make something with Carpenter and Nylander. You can say the Hawks are injured, and they are. You can say the roster wasn’t good enough to begin with, and it wasn’t. But this is absolutely the worst way to deploy it and not giving it its best chance.