Game #19 – Rangers vs. Hawks Preview/Drag Race: Blue Is The Color, Hockey Is The Game 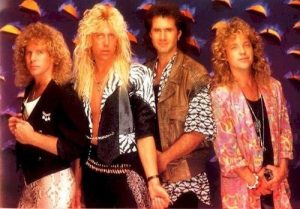 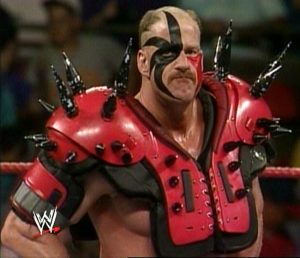 It’s an Original Six tilt on the Westside tonight, not that anyone really cares about that much anymore. Then again, not too many are going to care about two middling teams that both sit outside of the admittedly embryonic playoff picture at the moment. And the Rangers had to tear ass just to get here. We seem to say this every night now, but there should be a whiff of desperation to this one, as these teams don’t really have the option of passing on points right now.

And the Rangers have played like that of late, winning six in a row. This is probably not the time to be catching them. They started off terribly, and a good portion of that was put on Henrik Lundqvist’s shoulders. And with good cause. Before the winning streak, his SV% was below .900. He’s picked it up of late, but he’s had some help.

The biggest aid for him has been the newly formed top line of Kreider-Zibanejad-Buchnevich, with Buchnevich shooting about 879% during the streak and piling up three goals and five points in his last five games. The second line with Alleged Weiner Tucker-Captain Stairwell-The Hobbit has also lit it up, and Nash in particular is on fire. He’s got four goals and six points during this streak.

But this being the Rangers, the problems are the same as they’ve been for years. They don’t have a real #1 center, or maybe any centers at all. They’re a team filled with fast, small wingers you’d probably confuse in a lineup, save Nash. There’s a nifty fourth line here with Michael Grabner pouring in the goals again, and at least Alain Vigneault is fine with making his fourth line fast and skilled as he can.

Also, the problem of who to play with Ryan McDonagh is still lingering. AV is reluctant to put Kirk ShattenKevin there, so right now it’s Nick Holden and that’s not going well at all. Steven Kampfer took a turn and that went worse. Brendan Smith is in the pressbox for $4 million a year, which brings enough light into my dark little life to be excited about waking up in the morning. ShattenKevin and Brady Skjei are playing together, which pairs their two puck-movers at the same time. But when you’ve won six in a row, you’re not changing much.

For the Hawks, not too much change. Ryan Hartman looks to be drawing back in at center on the 4th line, and while that seems weird if he comes out with a wild hair on his ass because of a healthy scratch everyone will be happy. Top Cat will continue to have his time wasted with Patrick Sharp and Tommy Wingels and on the wrong side. At least until the Hawks need a goal and he’s vaulted into the top six. So the second period.

The pairings could look like anything, though after giving up a touchdown and PAT it’s unlikely Q will dress seven d-men again. Look for Kempny to continue to sit for no reason other than REASONS. Crow gets the start.

The Rangers are a team that can play awfully fast when on song. That used to be a good thing for the Hawks. It probably isn’t anymore. But this defense isn’t very quick other than Skjei and ShattenKevin either, so they could trade chances all night. In theory, the Hawks should have more finish. But that’s hardly a sure thing.