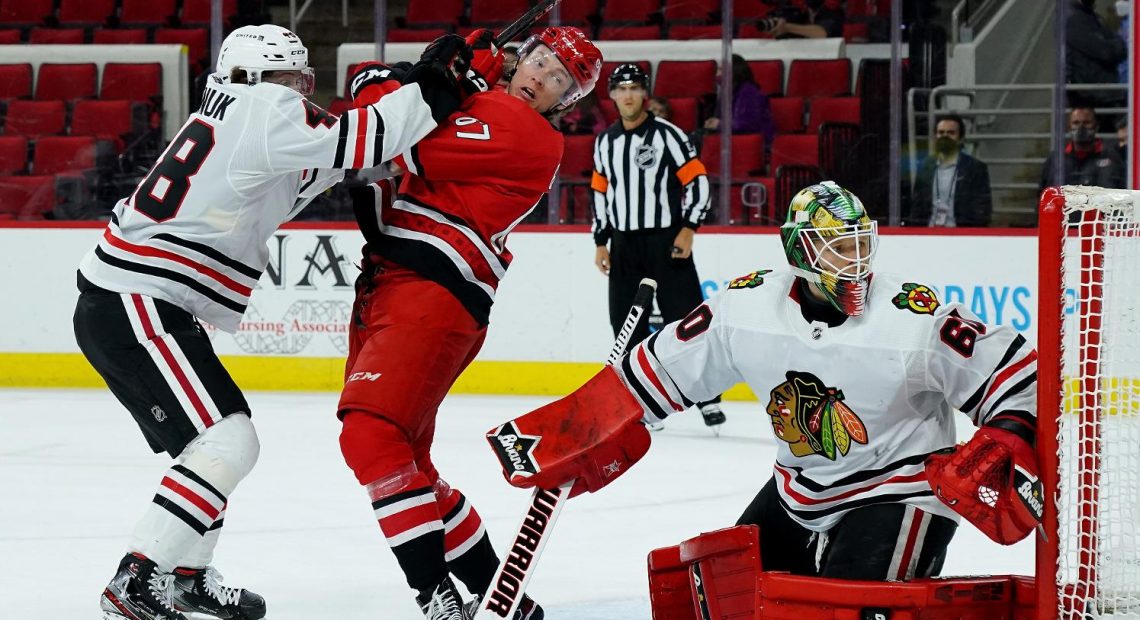 The Hurricanes are good. The Blackhawks are bad. We all knew this going into this series, and that things probably would not look good for the Blackhawks since their playoff push is over and they’re now pivoting to playing every young/inexperienced/new player that they can find. But it didn’t make this series any harder to watch for the first part of the week. At least we got a semisweet victory to finish it off in OT tonight. To the bullets:

And just like that, the final two games of the season are upon us, as Hawks fans are getting ready to happily pay $110.00/ticket for 300-level seats to watch a circus team with only one remaining dynasty member on it. (Inflation is coming, folks.) The Hawks will finish out this season against the Dallas Stars, who seem to be falling out of playoff contention themselves and will need two wins against us to have a prayer of catching Nashville. Onward.