High On The Hog: Competing At Last 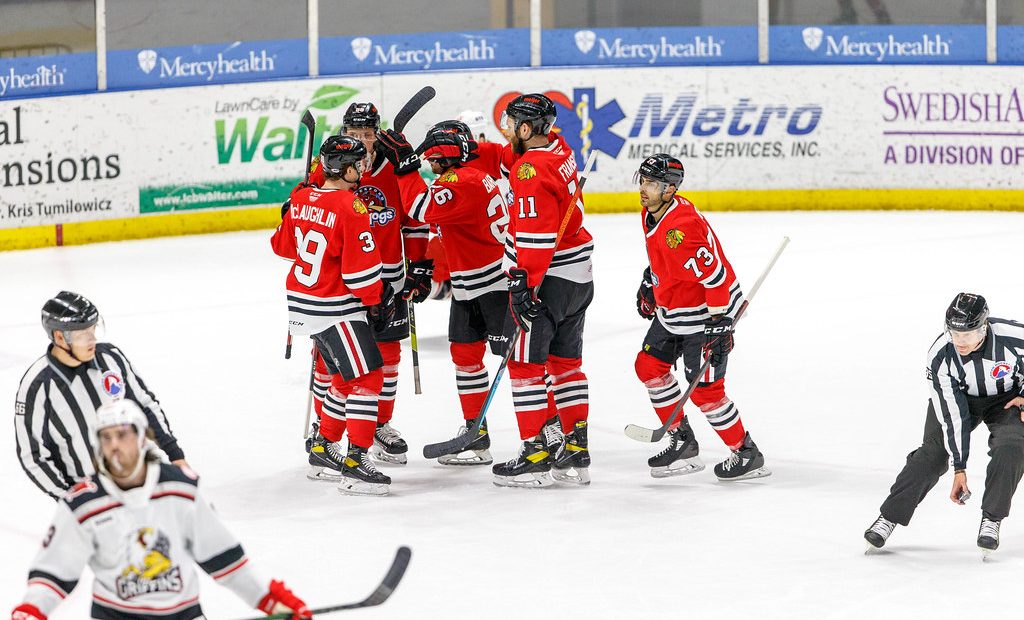 The Rockford IceHogs are not going to finish with a winning record in 2020-21. However, the piglets have made substantial progress toward respectability.

Rockford opened this season back in February with a woefully stocked roster of players. The talent gap between the Hogs and the rest of the AHL was vast. In previewing this year’s crop on the farm, I noted that this young and inexperienced team was going to take its lumps in the early going. And take them they did.

The IceHogs limped out to a 1-7-1 start, losing six straight games to begin the season. The nadir of the first month was a 9-4 shellacking by Grand Rapids on March 3.

Fortunately, the Hogs got their legs under them. It hasn’t been easy or pretty, but coach Derek King has the undermanned roster scrapping to be competitive. Rockford has gone 10-8 dating back on March 6.

The IceHogs are currently coming off of a pair of wins over the Griffins. Last Saturday, Rockford bested Grand Rapids 3-2 at the BMO Harris Bank Center. Monday, the Hogs prevailed 3-2 in a shootout at Van Andel Arena.

What has proven to be the difference in the IceHogs over their last 18 games? Let’s make a list:

This weekend, Rockford has its last two games of the season with the Iowa Wild. The Hogs are at Iowa on Friday night; the Wild come to the BMO on Sunday afternoon.

Game #9 – Hawks vs. Hurricanes: I Make A Lot Of Graphs