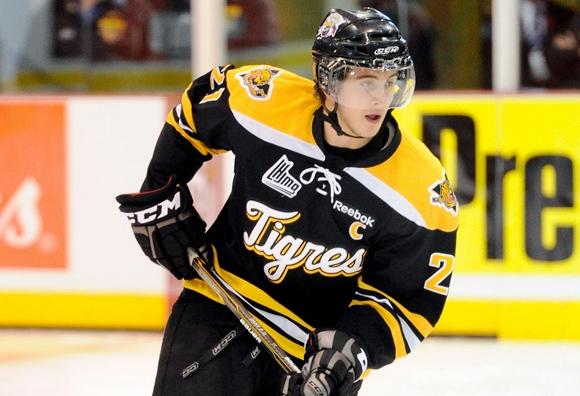 Because we don’t really have anything else to do, we might as well and see what the Hawks’ prospects that are actually playing got up to the past few days, hmmm?

-Phillip Danault, cementing his place as prospect I’ve decided to be most excited about in the next few years, had himself a little weekend. In two wins for the Victoriaville Tigres Danault piled up five goals and six points. Last night in another Tigers’ victory, he had a goal and two assists. After six games he’s the second leading scorer in the league, with 12 points in six games. I guess we should hope this trend continues, no? A caveat should be that the Q is by far the highest scoring junior league, and numbers do get inflated. But two points per game is….well, it’s two points per game.

-Mark McNeil isn’t off to much of a worse start on the other side of the continent with Prince Albert. He put up three points in a shootout win last night over the Red Deer Rebels, which isn’t as much fun to type as it is to say out loud. Plus that’s always the club the Canadian announcers salivate over because it’s run by the Sutters. But I’m getting off-track here. McNeil has six points in his first four games in the WHL.

-Danault’s teammate Brandon Whitney has a .929 save-percentage and a 2.20 GAA in those games for Victoriaville. I guess in a league known for its scoring that’s all right.

-Teuvo Teravainen has one assist in seven games for a struggling Jokerit team. So clearly he sucks.

-Maxim Shalunov is averaging a point per game in a lower division in Russia. I think it’s Traktor’s junior or reserve team. But I have no idea. One of you can clear it up in the comments.