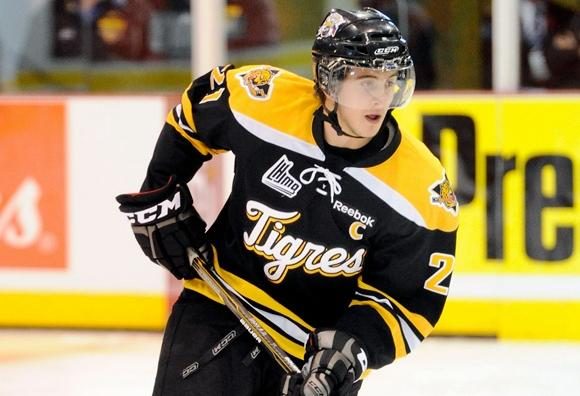 Because we don’t really have anything else to do, we might as well and see what the Hawks’ prospects that are actually playing got up to the past few days, hmmm?

-Phillip Danault, cementing his place as prospect I’ve decided to be most excited about in the next few years, had himself a little weekend. In two wins for the Victoriaville Tigres Danault piled up five goals and six points. Last night in another Tigers’ victory, he had a goal and two assists. After six games he’s the second leading scorer in the league, with 12 points in six games. I guess we should hope this trend continues, no? A caveat should be that the Q is by far the highest scoring junior league, and numbers do get inflated. But two points per game is….well, it’s two points per game.