Well that homestand didn’t really seem all that long, did it? After spending the majority of the season on the road, we all looked forward to seeing the Hawks spend some time on the familiar (though lousy) United Center Ice. Yet tonight’s match up against the Oilers is the end of the homestand, though we’ll see them again Friday against the BJ’s again. (Note – none of this applies to Fels who is likely at the end of his already very short rope after a ton of home games and Indians to produce. Have fun tonight buddy)

Tonight we welcome the team that’s been slowly building their way up to having playoff potential for the last, well, I guess since they made the finals and lost to Carolina… which still has to smart. This year was supposed to be the year the Oil finally got it together and ending their streak of high draft picks with a potential run to the post-season. But it hasn’t quite turned out as they’d hoped. They’ve been flirting around with .500 all season. Lucky for them, that makes them pretty competitive in the Northwest Division.

So what has gone wrong in Alberta? Well, a lot.

First and foremost is the lack of ability to score while the opposing teams rolls out 5 skaters. Edmonton is dead last in the league for 5-on-5 goals with only 16 so far this year. San Jose is second to last but even they have already broken the 20 goal mark (with 23). Combine that with being middle of the pack (16th) in goals against at even strength and it’s a recipe for a pretty awful team.

The saving grace of this Edmonton team has been its lethal power play. They’re 7th in the league at converting with the man-advantage and it could be the only saving grace for the team so far this year. This could be especially troubling for a Hawks team that has been down a man far more often than we’re used to this year. The Hawks are averaging 12.9 PIM/Game which is a lot higher than we’re used to from a normally smart team. Taking stupid penalties against this Oilers squad is likely to spell the end of this amazing streak the Hawks have found themselves on to kick off the year.

Recent history between these two teams also spells trouble. The Oilers have built themselves on speed and skill rather than size, something very familiar to us here in Chicago. While most teams can’t allow and can’t follow the Hawks when they want to turn the game into a ping-pong match flying up and down the ice, the Oilers will thrive at it. The Oilers put up 8 or more twice against the Hawks last season in the rare Anti-DLR games. That includes one absurd performance by Sam Gagner where he tallied 8 points. The Hawks are always looking to open the game up to showcase their speed and the Oilers have been one of the few teams readily willing to counter.

Gagner leads this team with 17 points, though 9 of them have come on the power play. He’s still getting hosed at the dot though but that’s a common theme for all of the Oilers who are dead last among winning the draw. Behind him is equestiran faced Taylor Hall who continues to showcase himself as an upcoming star in the league. Unfortunately for Edmonton though, Hall is sitting out this game after attempting to make Cal Clutterbuck’s knee bend the opposite direction (or as many people will call it, karma).

Another big story for the Oilers is the play of #1 draft pick Nail Yakupov, he of the epic post game interviews. There’s no doubt he’s going to be another solid player for the Oilers but he’s struggling to find his spot on the team at the moment. He’s bounced around lines pretty often and can seem lost on the ice at times as he adjusts to the game in the NHL. He’ll burn you if you let him, so the Hawks need to keep an eye out for it.

As for the men of four feathers, today not only marks the end of the home-stand but also the end of 3 games in 4 days. With Crawford starting last night (and looking shaky but somehow solid at the same time), it would surprise no one to see Emery get himself another start between the pipes. It will be our old friend Nikolai Khabibulin getting the go for the Oilers. Bulin has been solid for the Oilers so far this year with a .942 SV% and 1.89 GAA. He’s only allowed 7 goals on 120 shots faced for the year.

The plan for the Hawks ought to be incredbily simple. While the Oilers enjoy playing the same uptempo game as the Hawks, they lack the puck winners the Hawks employ. So even if the Oilers do somehow win a faceoff, the Hawks will have a better chance at getting it back. With the control the Hawks have shown with the puck, it won’t make things easy for the Oilers to control the game for long stretches. The Hawks main focus has simply be to stay out of the penalty box. Remaining at even-strength ought to prove to be the winning strategy as we close out this stretch at home and get ready to head to St. Louis for Thursday… where you’ll be watching the game with us at The Bottom Lounge 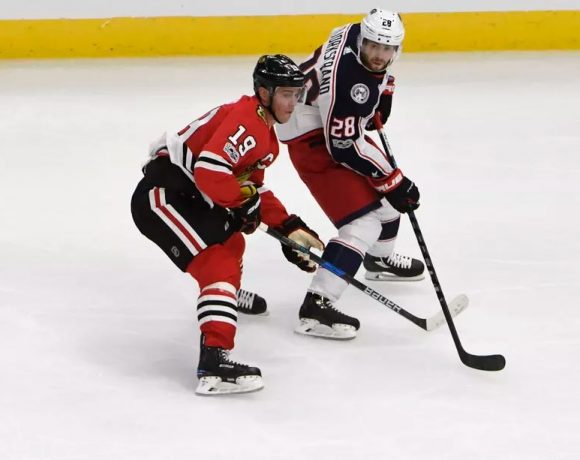 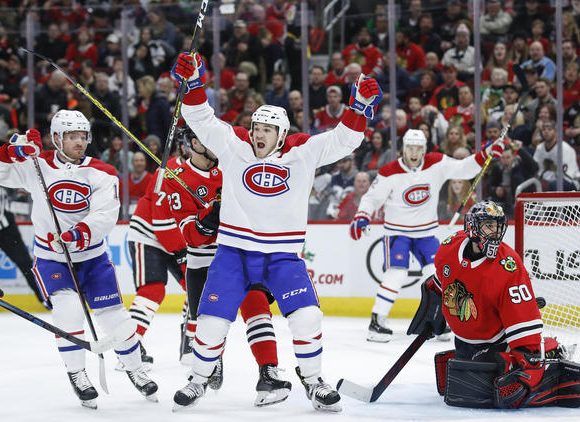 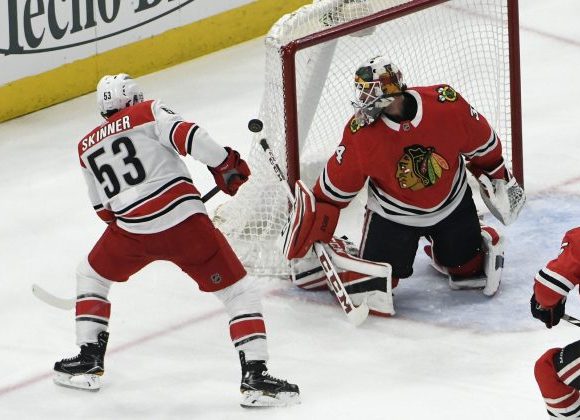