To The Bomb Shelter: Hawks at Leafs Preview/Pregame Thread/Snowball Fight 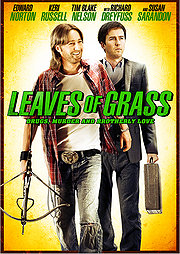 The Hawks continue this five-in-eight stretch with a trip to Toronto for an appearance on Hockey Night In Canada. And if you read around, most of the Leafs blogosphere and media is already hiding behind the couch for this one, out of fear of what the Hawks might do to the free-falling Leafs.

I’d say you might not have noticed, but you have. Because everything that happens with Toronto happens at such a volume that you can’t miss it if you watch hockey at all. In a turn as predictable as Secretariat at the Belmont, the Leafs non-possession ways have seen them land with a thud the past month equivalent to Andre The Giant off the Hancock. They’ve only won two of their last 10, and one of those was in a shootout in Ottawa where they once against gave up 40+ shots.

Sample size has finally caught up to the Leafs. 48 games last year wasn’t enough to outweigh their fantastic goaltending and keep them out of the playoffs. But as good as Jonathan Bernier and James Reimer have been this year, you simply can’t keep giving up 35 shots per game as the Leafs do and expect to keep getting results. It’s been a violent market correction in T.O.

They’re also beat up. Tyler Bozak and Dave Bolland are long term absentees (Bolland on the shelf? Put a gerbil in my ass and call me Richard!) leaving the Leafs with Nazem Kadri and a pile of goo down the middle.

And they’re coached by something of a moron. Yes, I know Randy Carlyle has a ring and I don’t want to make a habit of calling Cup-winning coaches morons, but it’s a popular opinion on him. Puck-moving d-men who might help with those terrible possession numbers like Morgan Reilly or John-Michael Liles are scratched or sat behind Paul Ranger or Mark Fraser because TRUCULENCE. Colton Orr (before he got hurt) and Frazer McLaren dress all the time because PUGNACITY. The Leafs will be without overpaid hothead David Clarkson as he got himself suspended because of TUMESCENCE (I’ve lost track of what words I’m supposed to use now). This team is a bloated, expensive mess, and the people in charge are only making it worse.

However, the Leafs have seemed to realize this and according to most played their best game last out against L.A. on Wednesday, though they still lost. Fraser and Ranger have been sat as well. It may be too little too late, but at least the message is getting through.

As for the Hawks, they picked up Jason Labarbera from Edmonton today, most likely just to back up Raanta. Aside from that it’s basically the same drumbeat. Mike Kostka will slot it at the partner for Leddy.

The Hawks have won their last three trips to Toronto, and overall have beaten the Leafs six straight times. You feel on a Saturday night home game the Leafs against the defending champs with the nation watching they should come out firing. But getting to be on HNIC in Toronto is a pretty big thrill for a lot of the Hawks too, and they won’t exactly be sleeping either. Logically, there’s no way the Leafs should hang with the Hawks. This is the league’s second-worst possession team (and by far the worst for about six weeks now) against the league’s best. But Bernier could stand on his head again, Kessel could get loose for one or two, Raanta could spit it for the first time. But it will take something unpredictable, you would think.