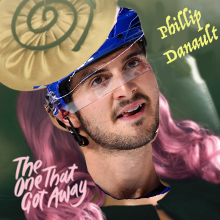 Game #31 – Canadiens vs. Hawks Spotlight: The One That Truly Hurts

We’ll be honest, and some of you already know. The one prospect that the Hawks gave away that we thought they’d regret the most was Stephen Johns. The need on the blue line is rather obvious now, and it was obvious before Niklas Hjalmarsson and Duncan Keith starting slowing down. It felt like Johns was brought along just slowly enough to dive in with both feet when he did make it to Chicago.

Of course, he never made it to Chicago. He as a make-weight to get rid of Patrick Sharp’s bloated contract, and all the Hawks had to show for their patience, development, and extra cash they threw at Johns was a couple months of a truly bewildered Trevor Daley. That’s pretty bad. But then again, Johns has battled injury and three different coaches in Dallas, without ever really grabbing hold of a top-four spot on their defense.

Which means it’s not as bad as Phillip Danault.

Danault did make it to Chicago. More impressively, he gained Joel Quenneville’s trust. But not quite enough to be considered untouchable when it came to time to load up on veterans for 2016’s ill-fated playoff run. Danault netted just about the same nothing that Johns did, as Dale Weise and Tomas Fleischmann did just this side of jackshit when they were here. Weise couldn’t even gain the trust from Quenneville that Danault did.

This will hurt to read. Danault currently has the eighth-best Corsi-percentage of any forward in the league. He has the 10th-best relative-CF%. He has the eighth-best xGF%, and the 15th-best relative-xGF%. Danault simply has been one of the best two-way forwards in the game. He won’t ever produce that much offensively, but he keeps the puck in the right end of the ice just about as much as anyone in the game right now.

Oh, and he does all that while getting the least amount of offensive zone starts on the Canadiens and facing the toughest competition.

Danault flashed this while on the Hawks, being dogged on the puck and responsible in his own zone. He was perfectly poised to take over from Marcus Kruger, which is exactly what the Hawks told him he would be doing when he arrived in the organization. And yet he was gone before Kruger was.

You can’t help but wonder what the Hawks might have done they had just forced Danault into the playoffs and have Q use him. Would they have felt the need in 2017 to panic and trade for Artem Anisimov if they already had another center behind Toews? Could they have moved Saad along for defensive help they so clearly needed? Perhaps a different winger?

What would it look like now? Could they have gotten Schmatlz even easier assignments with Toews and Danault around to take the harder ones? Could they do that now with Strome? You wonder

Danault isn’t breaking the bank at $3.0M for the next two years. The Hawks probably could have found a way to keep him around, especially if they weren’t tossing more at Anisimov? Where could that savings have gone?

You could go down this road with Teuvo Teravainen as well, maybe Schmaltz one day. Maybe even Ryan Hartman, though that seems a stretch. At least Hartman netted something in return. When deciding to go all-in for a Cup you better know you have a serious chance. That ’16 Hawks team was seriously flawed–it was one line and a struggling defense behind Keith and Hammer. Was it worth losing Danault’s future over?