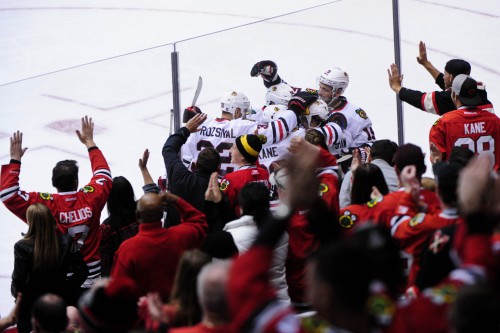 Well that got a little silly.

I don’t know that the Hawks played particularly well tonight, but they played well enough to let some awful Yotes goaltending (Anders Lindback is 6-7 and yet can’t see over or around a screen?) and cash in on some abstract officiating from Dan O’Hochuli (credit McClure on that one) before the Yotes could cash in on the same abstract officiating. They certainly turned off in the 3rd letting Arizona back into it, and the penalty kill gave up the cross ice pass far too easily. How checked in they were is up for debate. Feel like we’ll be having that debate a few times before the season is over.