In this strange world of hockey writing we are more and more forced to deal with the unhinged and downright strange. So today, we have a salvo from something called The Noogie. When you send these things out into the abyss, you can’t be made when the abyss sends something weird back. You can find it on Twitter @The_Noogie.

The Wild have pretty much brought back the same crew from last year. Why do you think this version will turn out better or worse?

It’s not so much that the Wild brought back the same crew as last season. It’s just that the biggest addition of the offseason happened in the front office when owner Craig Leipold released former GM Chuck Fletcher after nine seasons and brought in Paul Fenton who previously was the Assistant GM for the Nashville Predators. Fenton was brought in with the understanding that Leipold was not looking for a complete rebuild, but more a new set of eyes to look upon an old problem.

So, with one hand essentially tied behind his back, Fenton made few moves in the offseason, certainly nothing that was sending shockwaves across the NHL. Role players like defenseman Greg Pateryn and centers Eric Fehr and Matt Hendricks were brought in to provide depth and a little cushion for some of the younger guys coming up through the system. They are by no means game-changing additions for the Wild which has a lot of the fanbase feeling lethargic about this squad that despite making the playoffs the past six seasons, have not made it past the first round in their las three tries.

At the same time, injuries plagued the Wild last season. It didn’t matter the time of season, one of the Wild’s every-day starters was likely out of the lineup. With that in mind, one could make the argument that if this team can stay healthy, they have a great shot to make some noise. Then again, they’ve been healthy before, with much of the same core intact.

The Wild also bought out the remaining year of Tyler Ennis’ contract and shed the husk of Matt Cullen as well. But don’t worry, Nate Prosser is still floating around eating popcorn somewhere. Some things never change, and that notion very much applies to how this season will probably shake out for the Wild. Not noticeably better and not noticeably worse.

We watched Jordan Greenway crush fools in the WJC a couple years ago. He was one of the few younger players to make the Olympic squad last winter. What are the reasonable expectations for him in his first full NHL campaign?

Greenway certainly has been fun to watch as he came up through Boston University, made a few international tournaments along the way, and participating in the most recent Winter Olympic Games in PyeongChang as well. His performance in the WJC in 2016-17 was the bright spot. The gold medal winning USA squad also featured another Wild prospect in Luke Kunin, both players are worthy of your attention as their careers progress in the NHL.

Hockey Wilderness runs a series every fall where we rank the teams top 25 players under 25 years old. This year Greenway finished 4th in our rankings. We are mostly excited about this kids’ potential, but he is going to need some time to figure things out at the next level. It’s not underselling it to say this guy is a monster on the ice though. Standing at 6’6” and tipping the scales at 230 lbs. he’s a big body who will be hard to dislodge from the puck, and if he lines you up for a check, watch out!

Greenway made the team right out of camp this season and has been centering the 3rd line with a couple of utility wingers in Charlie Coyle and Joel Eriksson-Ek. Don’t count on him making his way into the NHL lexicon this season though. It’s early in the season and he is still adjusting to the speed of the game at this level. He has been successful at every level of hockey, so there is no reason to assume he won’t find a solid NHL game over the next couple seasons.

The Wild are once again up against the cap after re-signing Jason Zucker and Matt Dumba. What’s the plan to free themselves up a bit in the coming years?

The salary cap has been the rallying cry for some disgruntled Wild fans who want to see Ryan Suter and Zach Parise’s heads on a spike. Until those two contracts are off the books, the Wild are on the hook for their matching 13-year, $98 million contracts signed on July 4th, 2012. If one were to retire after the season, or be bought out… let’s just say it gets really gross looking in 2022-23, and worse in 2023-24 and 2024-25. If both contracts expire after this season, X2. YAY!!!

We don’t like to talk about the salary cap in Minnesota, but if we must. Zucker’s 5-year, $27.5 million and Dumba’s 5-year, $30 million contracts are hardly the albatrosses on the roster. Both players who signed extensions this past offseason showed significant growth over the previous season, and their contracts cap hits are right in line with what Nino Niederreiter and Mikael Granlund signed in the summer of 2017. In these four players, you will find many admirers in Minnesota. This is the young core the Wild look to be building around.

With the cap, the plan is to wing it, because what else can you do? You have a pair of the last great old school bananas contracts which the 2013 CBA (that cost half a season) was designed to put a stop to and penalize. But who knows, that CBA expires after 2021-22, they could blow it all up again and the Wild could avoid a very painful future.

What are you expecting out of the Wild this year?

Same old Wild, and with how this season has started that old looks like it’s starting to show. Mikko Koivu, Devan Dubnyk, Eric Staal, Suter, Fehr, Hendricks, and Zach Parise will round out your over 30 crowd. Jared Spurgeon will be joining them in a years’ time as well. Entering this season on the active roster the Wild boasted a league-leading 9,637 combined games played. These guys have been around the sun a few times. Suter is also coming off a nasty ankle injury from late last season that caused him to miss the playoffs as well as the final few regular season games, so he’s looked an extra step off to start the season.

The Wild have looked a step behind out of the gate losing 4-1 to a speedy Colorado Avalanche squad and dropping their home-opener after giving up a late-game lead and losing in a shootout to the Vegas Golden Knights. If the Wild get their possession game going, they’re as dangerous as anyone. And it’s not as if the Wild are just a bunch of potted plants out there. Zucker can be elusive and is very speedy, Granlund and Nino are pretty quick as well, and Staal has been sneaky in his ability to get behind the defense.

So where might the Wild finish? I’m inclined to believe this team will do well in the regular season and make the playoffs once again as either a 3rd seed in the central or fighting for a wildcard spot. Unless we see some significant growth from the younger guys, especially players like Charlie Coyle who really need a good bounce back year, it’s tough to believe this team is worth much more than what their recent history has shown with them bowing out of the playoffs early. One hopes for the best, but this is Minnesota sports. Good things don’t tend to happen here. (Don’t worry, Khalil is coming to help with that for the next five years. -ED) 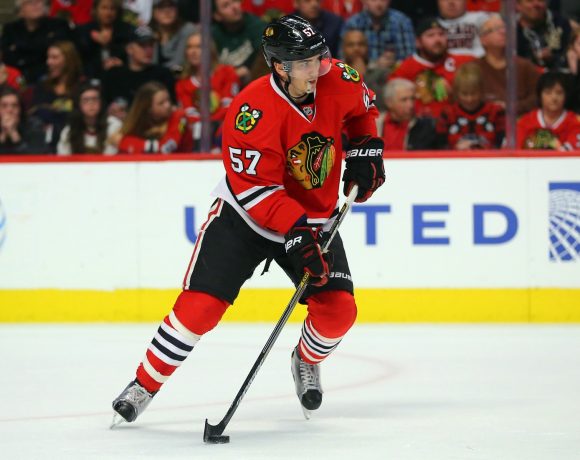