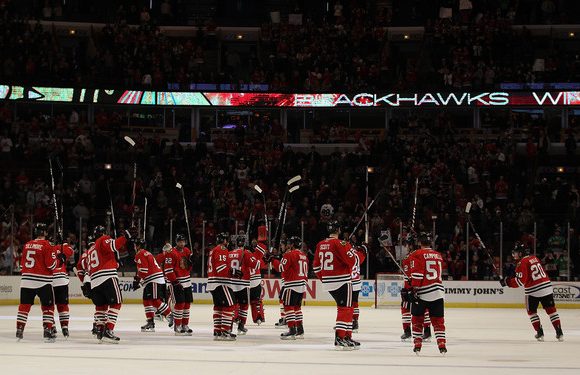 It was five years ago tonight, thought it seems so much longer, and in fact in about an hour and a half it’ll be to the minute when the Blackhawks franchise and fandom was truly reborn. At least it was to me.

If you were there, you remember. It was December 23rd, 2007. It was a bitterly cold Sunday, and the Bears had won a pretty terrible football game earlier in the day, just as they have today. One of those Chicago winter nights where the wind felt like it was tearing off your skin.