All The Wings We Thought Were Dead – Seriously, there are far too many players here that shouldn’t be. And we’re saying that as Hawks fans. Has Justin Abdelkader done anything since 2013? Jonathan Ericsson is somehow 35 and we don’t remember him making one play. He only got into the NHL because he was Swedish, played defense, and was in the Wings system. Frans Nielsen? The Hawks wanted him via trade like 10 years ago. Did you know Darren Helm was fast once? He sure was, and that’s all he was! Danny DeKeyser is actually dead, seeing his back turn into confetti. Good god did Ken Holland leave some trash around here. Even Trevor Daley, perhaps singularly the dumbest player in the NHL the past 20 years.

Tyler Bertuzzi – He’s only the nephew of the jackal that tried to ruin the sport, but look at this punk’s face. That dude owns roofies.

Mike Illitch – Yeah, he’s actually dead. Like real dead. But his screwing over of Detroit will live on for decades for his shiny new arena. And Detroiters will never accept that he fucked them over. It’s almost adorable in a way. 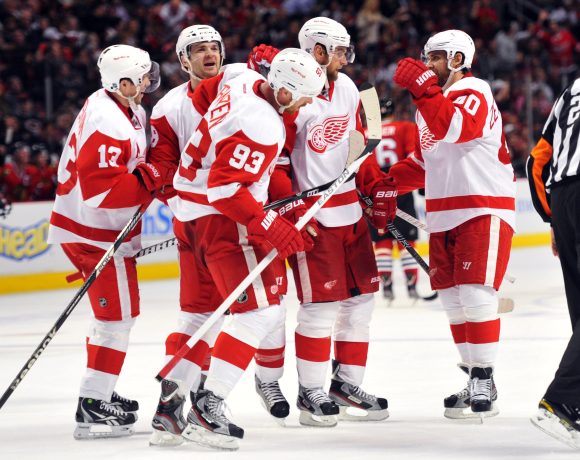 One Does Not Simply Walk Into Mordor – Previewing The Scum Forwards

Now that the Hawks finally have a second round opponent, it’s time to take a closer look at the Detroit Red Wings’ forwards. The names and faces might be familiar and nauseating, but it’s a necessary evil. So plug your nose, and we might be able to get through this together.