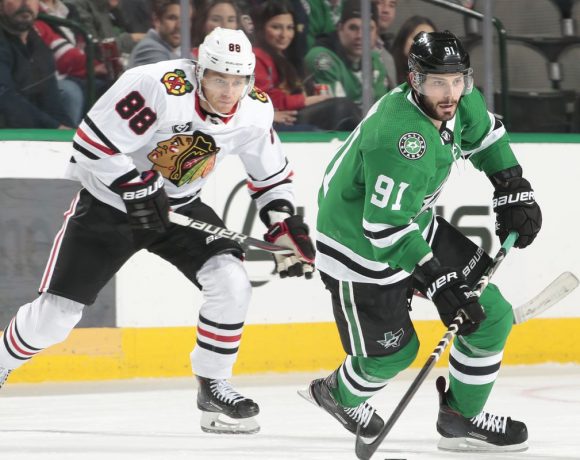 Many of you dear readers have far better things to do with your Saturday night than watch the Blackhawks play the Stars in Dallas, and for that I sincerely envy you. I truly did not expect much from this game between these two teams, but this one turned out to be pretty intense despite the lack of scoring. I still have plenty to say about it and a few thoughts coming out of it. Dive into my mind:

– About 10 minutes into the game, there was still no score, but it felt like the Stars should’ve been up by 4. The night never really changed from that kinda feel, either, and in the end Dallas probably should’ve won something like 6-1. It never really should’ve gotten to a shooutout, let alone overtime. The Stars had notable whiffs on wide open nets from from Jamie Benn and Corey Perry, along with a few other missed opportunities – they registered TEN High Danger Chances in the first period but came away with just one goal. Those coupled with another strong game in the crease from Robin Lehner really kept the Hawks in a game they didn’t really deserve to be in.

– Kind of riffing off that first bullet as well, while the Hawks dominated the attempts in the second period and controlled most of the play, all that work still only resulted in six total scoring chances and just two of them being High Danger. All those shot attempts basically amount to empty calories if you’re not generating opportunities from them.

– I’d like to give a special nod to Coach Mayor Buttigieg for giving Erik Gustafsson and Brent Seabrook 16+ minutes of 5v5 ice time in spite of the Stars eating them up for breakfast lunch, and dinner. Those two finished with CF%’s of 39.29 and 38.46 respectively, which is impressively bad. Gustafsson also had an embarrassingly bad turnover that led to the open net chance I mentioned earlier that Perry whiffed on.

We are to the point with Gustafsson that each game it is getting more and more predictable that he is going to have a costly turnover, and he is finding new ways to turn the puck over each time. I really don’t want to become a broken meatball record with this dude, but he has to be gone. Soon.

– Let’s stick with Mayor Pete Colliton, though, because if the performance and playstyle of the team in the first month of the season wasn’t enough to get him fired outright, there were moments tonight that might be the final straw. The Hawks took bench minors for Too Many Men twice tonight, once in the third period and once in overtime. Those are just backbreakingly stupid penalties to take, especially in those moments, and the Hawks were lucky that *those* mistakes weren’t the ones that finally cost them. And maybe you can chalk the OT one up to a twitchy whistle from the refs on a change, but that still comes back to coaching and knowing when to send your fucking players onto the ice.

For all the talk of how fun the Hawks were in their winning steak when they went back to new-old system so that the skill players could open up the ice a bit more, we haven’t seen those efforts come to fruition in the last three games. The Hawks haven’t been playing terrible, but they’re still getting boat raced at various moments in games, which is just not something you can ignore. And with Toews all but calling Colliton a fucking dumbass for playing seven D against Tampa a few days ago, it’s still clear that the locker room is not a fan of this guy. It has to end.

– Hawks are off until Tuesday when they get a rematch with these Stars at home. Until then. 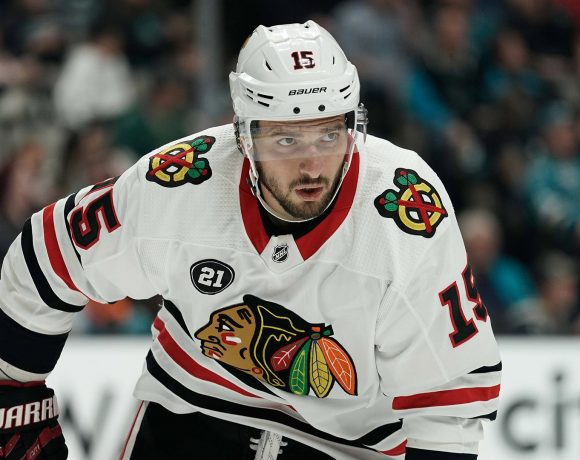 Live From The Five Hole – F_ck Yeah, That Wide

You were promised Slak, but he was unavoidably detained. So instead you’ll have to deal with the Fifth Feather John, Sam, and I shouting at one another. Enjoy. As always, no subscription is required.