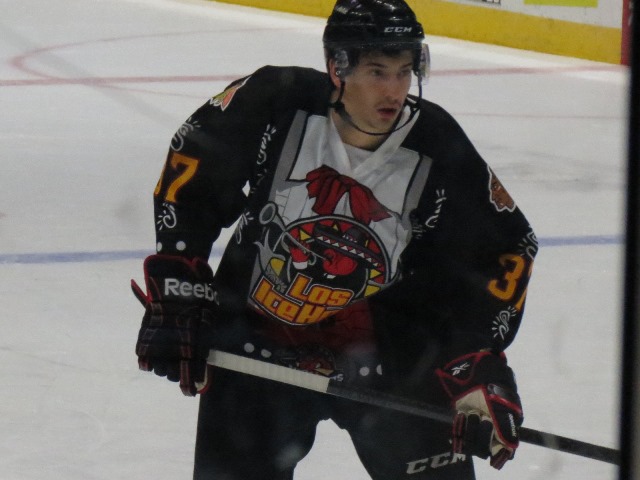 On Friday, November 8th, everything went the IceHogs’ way. Before the halfway point of the first period, they jumped out to a 2-0 lead courtesy of defenseman Bobby Shea—who scored his first professional goal—and forward Brad Winchester. Wild forward Jason Zucker cut into the lead as he tallied a power play goal on Hogs netminder Antti Raanta at 10:59 of the opening frame, but the Hogs restored their 2 goal lead with a power play marker of their own in the third period. Winger Terry Broadhurst converted on the man advantage with a breakaway goal for his 4th tally of the season and to give the IceHogs the 3-1 win on Los IceHogs Dos night.

The following night, the IceHogs welcomed the Wild back into the BMO Harris Bank Center but it was a completely different story than Friday night. The Wild jumped out to a 2-0 lead in the first period with two power play goals on two chances. Garret Ross cut the Wild lead to one with his 3rd goal of the season with just under 5 minutes left in the first. Phillip Danault then tied the game in the second period at 2 with his 2nd goal of the season; his marker came on the man advantage. At 18:50 of the middle frame until 10:49 of the 3rd period, the Wild scored 3 unanswered goals to give them the 5-2 win.

The game wasn’t the only thing that the IceHogs lost though. After the second period, goaltender Antti Raanta left the game with an undisclosed injury after getting hit by a Wild player as he left his net; Kent Simpson played the third period in relief of the Hogs’ Finnish netminder. The IceHogs also lost All-Star defenseman Adam Clendening to a hit to the head by Wild forward Jason Zucker in the third period.

It wasn’t just the injuries that did the Hogs in for this game. Their special teams were brutal. The penalty kill only killed off 2 of 6 penalties and the Hogs only went 1-for-7 on the power play, which included a multiple 5-on-3s. some 4-on-3 man advantage time, and a five minute major from Zucker’s hit on Clendening.

–Terry Broadhurst led the IceHogs on Friday night with 4 shots on goal.

-Rockford outshot Iowa 34-20 on Saturday night; Hogs went 1-for-7 on the man advantage while the Wild went 4-for-6.

-To be honest, no one really stood out more than normal for the IceHogs this weekend. Not converting on the power play and not being able to kill off penalties just killed them on Saturday; it’s not like they played brutal. On Friday, everyone played their game and was effective. Defenseman Klas Dahlbeck continues to be a steady presence on the backend for Rockford. Antti Raanta had been solid in net for the team—until he was injured, and so on.

-Wednesday, November 20 vs. Abbotsford at 7 pm