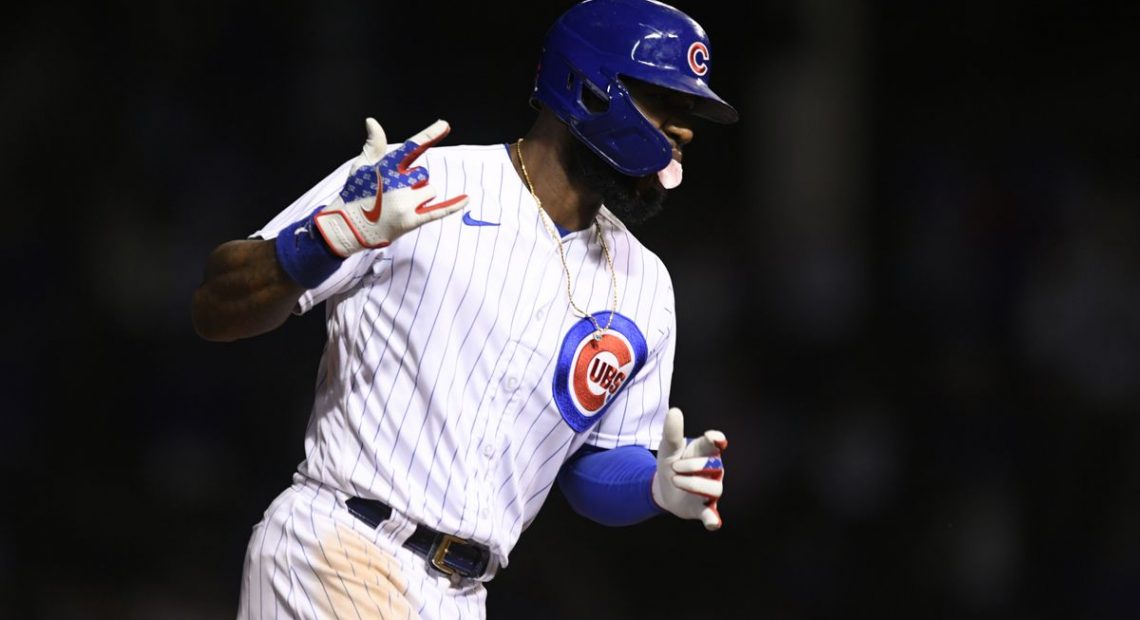 There’s nothing funnier than when a Cubs team with nothing to play for spoils a playoff-contending team by winning the series. It gets even funnier when it’s the Cincinnati Reds, who only got one win and arguably should’ve come out of this series with all three to jump back into a playoff position. Now they are a game back of the Padres in the wild card race and the Cubs have won eight of their last nine games. Get your fun where you can get it at this point of a lost season.

The Reds become one of the more formidable opponents the Cubs have faced recently, as they poked holes in our defense and figured out Justin Steele the third time through the lineup, which is when opponents always figure out Justin Steele.

Ian Happ spotted the Cubs an early 3-0 lead after a fielding error and a single for Rafael Ortega and Frank Schwindel put them on base, putting Happ in the position to hit his big homer. That was just about all the offense either team allowed until the 6th, when things got stupid with Steele walking a batter, allowing a single and hitting two guys in a row.

Codi Heuer replaced Steele and we all watched as most of his pitches didn’t go where he wanted them to go, culminating toward the Reds tying the game on a double off of him. However, Scott F-Ross came in in the 7th and was able to pretty reliably shut down the Reds offense as they squandered their chances of moving back into a wild card position.

The nail in the coffin of this game was Frank Schwindel once again with the game-winning hit, which happened in the bottom of the 8th inning and scored Alfonso Rivas, who had singled earlier. Adam Morgan completely shut things down in the 9th with the save, which included a line-out for pinch hitter Joey Votto. A solid performance, despite a complete lack of offense for most of the outing with Sonny Gray on the mound.

Despite their best efforts and a start from Adrian Sampson, the Cubs weren’t able to win their eighth in a row. Two homers – one a leadoff homer – in the 1st inning for the Reds made it so the Cubs couldn’t ever catch up. The Cubs were unable to figure out Reds pitcher Wade Miley, with only a Willson Contreras solo homer in the 3rd inning to dent Miley’s stats.

Sampson allowed six hits in five innings pitched and allowed no more runs after his shaky first inning. He also threw only one strikeout and allowed a walk, however, which is a somewhat-concerning stat. Miley, on the other hand, struck out eight Cubs in his seven innings pitched and allowed no walks and only five hits. Contreras’s homer was the only run he allowed, showing the Cubs how far this team actually is from having a solid starter. Pray for us all.

Sergio Alcantara had a few good throwing plays this game, which is good to see considering he seems to be the poor man’s Javy Baez replacement. Schwindel was also doing a good job of catching all of those throws—if a ball was hit to the infield today, the Cubs were able to get the out.

Manuel Rodriguez allowed two more Reds runs in the 8th inning, allowing big outfield hits that the current Cubs outfield couldn’t make plays on. The homer happy Cubs got two solo dingers in the bottom of the 8th from Rafael Ortega and Happ to make the score 4-3, but it wouldn’t be enough as the Reds took this one.

For the first four innings of this game the only runs to be had were solo dingers, one for each team: Ian Happ and Joey Votto, respectively. Other than that, it was for the most part a pitchers’ duel between Alec Mills and Vladimir Gutierrez. Mills was able to stay in for six innings and allowed four hits and a walk with three strikeouts. This is compared to Gutierrez, who despite only going five innings had twice as many strikeouts and half as many hits. Once again, our starting pitching has a long way to go to get to playoff contention.

Once Mills’s time was done, Rowan Wick allowed two hits but no runs in two innings pitched, and then Codi Heuer stepped to the mound to allow no hits and two strikeouts in his winning performance. His pitches are really something to watch; many of them never look like strikes because they’re always so inside, but whenever a player swings at those inside pitches they almost never make contact.

The unlikely hero of this game was Jason Heyward in the bottom of the 10th inning—everyone knew the ball was outta here seemingly as soon as the ball left his bat. He knocked in Contreras, the runner who had started on second base, and Patrick Wisdom, who hit a bloop to left field and ended up stealing second base soon after.

The Cubs are off today and then return this weekend to face the Giants and Kris Bryant, who is having the time of his life away from the Ricketts family and all you can do is wish him the best. Bryant was out on Tuesday for the Giants with an injury (shocker) but is supposed to make a quick return by the time this series tees off. Psst — remember Jake Jewell? Did you miss that he got picked off waivers when we tried to send him to the minors? (You wouldn’t be at fault if you did.) He’s now with the Giants’ AAA affiliate, which is where Jake Jewell is supposed to be when employed by a team with actual MLB-caliber players.

As for the Giants themselves, they still lead the MLB with 90 wins of this writing and will likely find themselves in the first-place playoff spot, as long as they keep the Dodgers an arm’s length away, which is what the Dodgers deserve. Wins will be hard to come by, and I’m not sure if Happ’s season in a can performance over the past month will be enough to fool this team. We’ll see what happens. Go Cubs go!