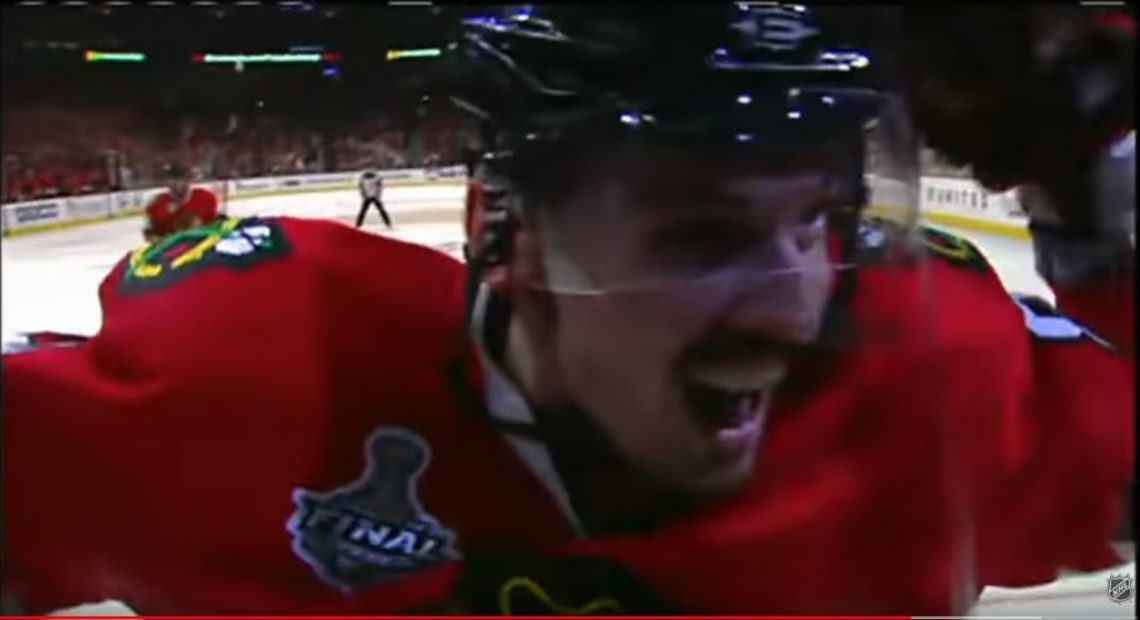 As NBC Sports Chicago’s replay of every game from the 2010 run continues (and tonight’s will be the Duncan Keith teeth matinee against the Sharks where the Hawks clinch the West), that means that Saturday night lines up nicely for Game 1 against the Flyers. That game was also on a Saturday night, and that’s a good thing, because the nervous drinking beforehand was only exacerbated by one of the most batshit, track meet games to kick off a final ever, let alone the post-lockout era. So sit down and join John, Sam, and I to relieve and re-drink the experience on HotMic. Grab the app at HotMic.io, promo code CLOWNSHOES.