High On The Hog: Five Out Of Six 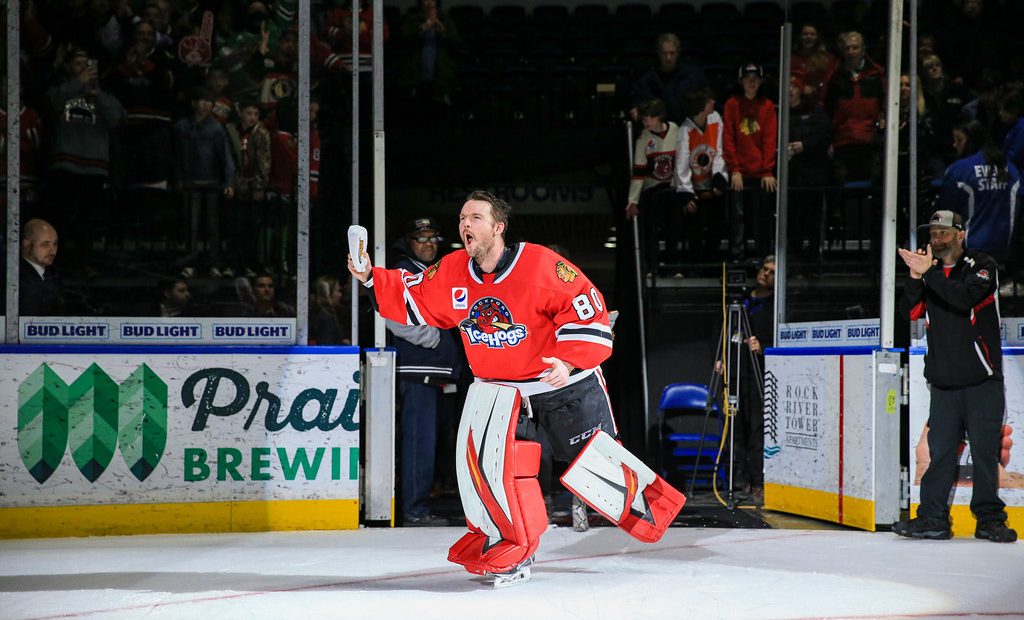 The Rockford IceHogs continued to play winning hockey this week, earning five of a possible six points against Central Division opponents. Rockford sits in fourth place in the division standings, thanks to several hot players.

At the top of that list is Brett Connolly, who is riding a six-game point streak. Connolly posted four goals and a pair of assists in three games. This included two-goal efforts in consecutive games; Wednesday’s 5-4 win over Manitoba and Friday’s 4-3 overtime loss to Iowa.

Dylan McLaughlin returned after missing the last month with a concussion, notching four points over the weekend. After helping send Friday’s game into Gus Macker Time with assists on both of Rockford’s third period goals, the forward added a goal and a helper in Saturday’s 4-0 win over the Moose at the BMO Harris Bank Center.

The story of Saturday’s victory was a 38-save performance by goalie Mitch Gillam, signed to a PTO by the IceHogs on Thursday. Gillam, who has spent this season with the ECHL’s Indy Fuel, blanked Manitoba in his first career AHL start. Cale Morris is nursing a sore hip at the moment. Tom Aubrun was loaned to the Fuel Thursday.

Rookie Lukas Reichel had his five-game point streak snapped on Saturday. With four goals and four assists in that span, Reichel remains on top of Rockford’s goals (20) and points (46) list.

With 16 games left in the regular season, the Blackhawks top prospect is approaching two rookie marks. Namely, Vinnie Hinostroza’s 51 points, set in 2015-16, and Matthew Highmore’s 24 goals, accomplished in the 2017-28 campaign.

With the Hawks trade of Marc-Andre Fleury on Monday, Collin Delia was recalled by Chicago, along with forward Reese Johnson. Morris was recalled by the IceHogs as well. Defenseman Alex Vlasic was assigned to Rockford long enough for him to be eligible for the AHL playoffs before returning to Chicago.

On Saturday, forwards Riley McKay and Chad Yetman were recalled to Rockford. Yetman skated in that night’s game for the IceHogs.

On the injury front, Michal Teply suffered a shoulder injury Wednesday night after being boarded by Manitoba captain Jimmy Oligny late in the third period. Hogs captain Garrett Mitchell jumped in for a bout with Oligny and is now day-to-day with a lower back injury.

Rockford will now enter a stretch of five games over the next eight days. This starts with a big home date with Milwaukee Tuesday. The Hogs will then head West for two games each with Tucson and Henderson. Rockford takes on the Roadrunners on Friday and Saturday, then tangles with the Silver Knights on April 4 and 5.