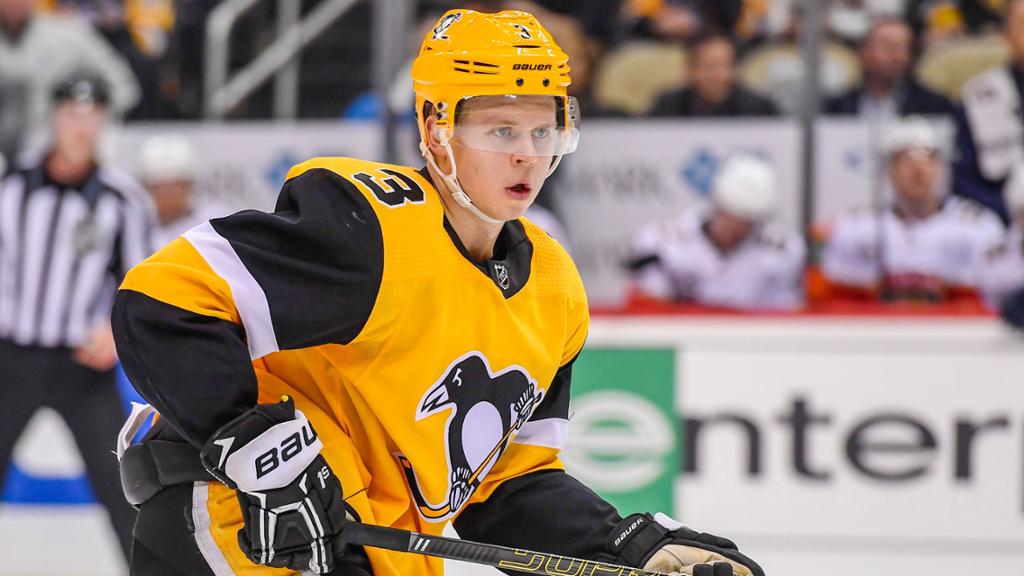 I suppose I should rejoice that they’re doing SOMETHING. And the quickness with which it was done lets you know the Hawks know they need to make changes and are urgent to do so. I’m not sure that matters when your changes are wrong.

In case you didn’t see the news, the Hawks traded Dominik Kahun and a 5th round pick this year to Pittsburgh for Olli Maatta. I’m not going to sugarcoat this for you. Olli Maatta sucks. He’s sucked for years now, and the only reason anyone would be attracted to him is a first-round draft pedigree that is now seven years old and buried under the dust of underwhelming when not straight-up bad performance. This is how Pierre McGuire would make trades.

Maatta is SUH-LOW. In a league that’s getting faster and for a team that lacks any mobility on the blue line, I guess he’ll fit right in but he doesn’t fix anything. He also can’t make up for it by making plays or the like, as the Hawks could get away with a slow d-man who can at least get the puck out and up to the forwards quickly and crisply. Maatta cannot do that, or at least hasn’t shown he can.

Maatta spent a majority of the season on the Penguins third pairing, which he was eventually punted from when Marcus Pettersson proved to be more useful and after the acquisition of Erik Goddamn Fuck You Gudbranson. That’s right, Erik “If And Italian Beef Shit Were A Hockey Player” Gudbranson was much preferred over Maatta in the playoffs. And before you say, “Well, maybe the coach is an idiot?” remember Mike Sullivan has two rings.

You can at least try and find the pinch-hold that Maatta started an overwhelming amount of his shifts in the defensive zone this year. But his zone-starts weren’t really noticeably worse than Letang’s or Dumoulin’s (the guy the Hawks probably should have been calling about) but his metrics far worse. And in the previous three seasons, Maatta’s zone starts have been more forgiving and his possession numbers are still awful.

Maatta has never managed more than 30 points in the league, so he’s not offensively gifted. He’s not like, an awful passer, but he’s far from a dynamic one.

To add to that, he’s made of duct tape and snot. He’s gone the route of 82 games just once in six seasons, and has missed more than 15 games in a year four times in his six year career.

One more thing, he’s not even that cheap! Maatta makes $4M for the next three seasons, but seems awfully expensive for a third-pairing d-man, which is all Maatta has ever proven to be. Good thing the Hawks already had like, five of those.

And this isn’t some love letter to Dominik Kahun. He’s a useful player that can help a team a lot from the bottom six, but he’s also the type of player you’re supposed to be able to find with regularity. And the Hawks might already have with Dominik Kubalik, any step forward from Dylan Sikura, and possibly a surprise from Phillip Kurashev who I’ve decided to adopt as my guy for really no other reason than my love for Xherdan Shaqiri. Kahun will do well with the Penguins, but the Hawks should be able to plug that hole. You’d hope.

Where Maatta slots is another questions. He’s left-sided, so he’d be best paired with a fast, puck-moving, right-sided d-man. Let me look over who fills out that role for the Hawks. Oh that’s right, fucking no one. Boy, guess we’d better hope Boqvist makes the team out of training camp, huh? Except that Maatta won’t be able to cover for all his booboos in the d-zone. Wonderful. I’m now going to go eat a stainless steal pan.

If this is what the Hawks diagnose as their problem, they’re fucked. If they’re scouting Maatta as the mobility or assuredness they need, they’re fucked. Maatta is a bottom of the roster fix when the top is still emitting noxious fumes. You have to pray this is only the start and not the coup-de-useless.