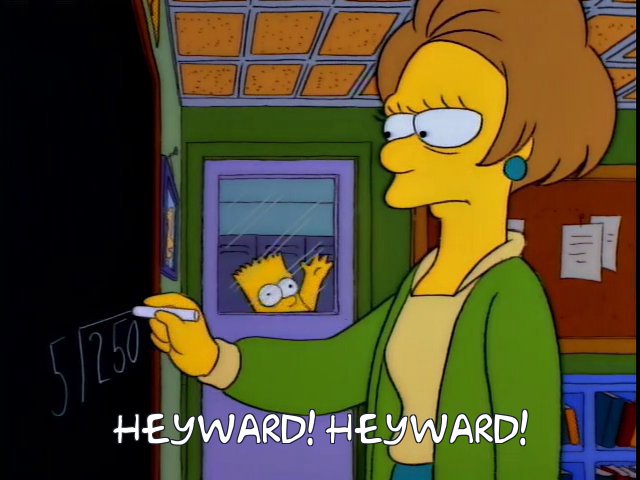 I’ve written this post a couple times in the past two seasons, at various outlets. Or at least it feels like I have. Maybe because I want so badly for Jason Heyward to be something. To be anything, which he hasn’t really in his time on the Northside. Or at least not at the plate he hasn’t. He’s always been great in the outfield and it seems like he’s a pretty damn good teammate to the point the whole team felt the need to create this narrative around him along with the greatest moment in the team’s history and most of our lives. It certainly didn’t help that Tom Ricketts not-so-subtly pointed a finger at Heyward’s signing as an excuse to turn his pockets out. And while Heyward isn’t the type to shove anything up someone’s ass, there has to be a part of him that’s thinking it. And every winter we break down the changes we think we see in his swing, and then there’s a really hot week or two and we think, “Yes, salvation!”

And then there’s 429 grounders to second.

So I’ve been holding out on J-Hey this time around, even though he’s basically been the Cubs’ best hitter on the young season. I won’t be fooled again. My heart is too scarred, and one more slice to it and I very well may never love again. I have to hold out hard, because I only have so many times I can give myself away again. I will not waste it on yet another false dawn.

And yet, this might actually be the time. You can follow my downfall into the pit of despair and disconnect and isolation again. That’s always fun for everyone else. But there are some things to suggest that this isn’t a mirage. It might be real, and I’m just as frightened as you are.

So generally, the first thing I look for when a player has a hot streak, or to see if changes are really helping or he’s just had a heater and will soon walk out of the casino with nothing but three cigarettes and a longing glance at what’s behind him and what’s lost is BABIP. Quickly, BABIP is Batting Average Of Balls Put In Play, and it’s akin to what we use shooting-percentage and save-percentage in hockey to measure luck. Almost always, a batter’s or pitcher’s BABIP will even out to somewhere around .300. There are exceptions, but generally 30% of the balls you put in play go somewhere where someone ain’t. So if someone’s carrying a .360 BABIP, it’s probably going to deflate and bring batting averages and slugging percentages with it.

Well, J-Hey’s on the year is a solid .306. Which is hardly abnormal. It’s not that much above last year’s .297, which helped him get to a better-than-I-realized, league-average 99 wRC+. So Heyward isn’t benefitting from a rash of flares and cracked-bats that just happened to land apologetically in the outfield to the bemused look of outfielders. He’s on course.

You could actually argue that Heyward has been a touch unlucky when it comes to BABIP, because he’s smacking eight different kinds of shit out of the ball. His hard-contact rate is 37.5%, which is way above the 29.7% he had last year. Now, 37% hard-contact is what baseball is doing as a whole this year, and last year the average was 35%. But for comparison, Javy Baez routinely carries a .340 BABIP or higher and his hard-contact rate is only a tick-higher than Heyward’s.

There’s definitely a change in approach. One, Heyward hasn’t shown much interest in pulling the ball this season. What he has done is up the amount of balls he goes gap-to-gap with, almost half at 42.5% (up from 32.% last year). It’s almost all at the expense of his pull-contact, which hints that he’s seeing the ball better, waiting on it, and not getting out ahead which results in rolled-over grounders to second which we can all see from memory at this point.

And when he goes up the middle, he’s getting the ball in the air far more than before. Half of his contact that way are fly balls, way over what came before. When he does let it loose and try to pull a ball, his hard-contact rate has doubled to over 60%. Which is the idea of pulling a ball, that you hit it the hardest you can. It’s somewhat the same story when he goes to the opposite field, though that doesn’t come with the same hard contact. But 80% of that is in the air, so clearly J-Hey is the latest member of the Launch Angle Revolution (opening for Russian Circles this summer). That’s borne out by his average launch-angle being 18 degrees this year, exactly double the season before.

You’ve heard Jim Deshaies reference that Heyward has taken something of a Yelich-like approach this year, which is he’s more than satisfied to eat your heart after a pitch or two. That’s true. On a 0-0 count, Heyward is swinging at 40% of the fastballs he sees, up from 24% in his first three years in blue. That’s also true on sliders and curves, which again, indicates he’s just seeing the ball better because he’s hitting them well when he goes after them. It’s the same case at 1-0 and 0-1. The pitches he’s seeing per plate-appearance are the lowest of his career. He’s not waiting around.

Which of course, leads to discussion of his swing. Previously, Heyward seemed to have this big loop and dip to his swing, where his hands came out and around and were behind his body. This year, you’ve heard comments about how he’s using his legs far more. It’s all more congruous. Which is resulting in greater bat-speed, which is resulting in greater exit-velocity (91.6 average).

I told myself I wouldn’t be fooled again, and yet I feel myself slipping….

Tags: Chicago Cubs I said I wouldn't do this Jason Heyward 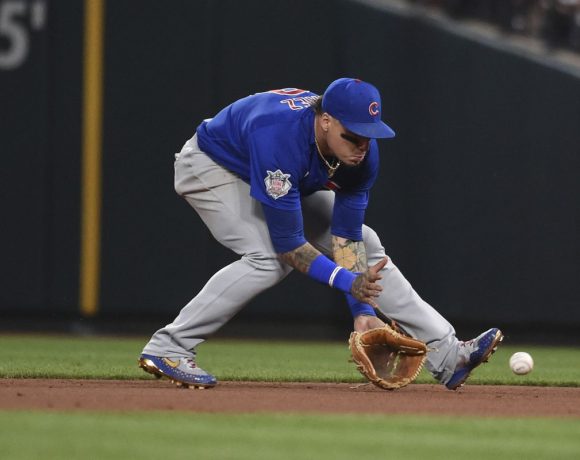 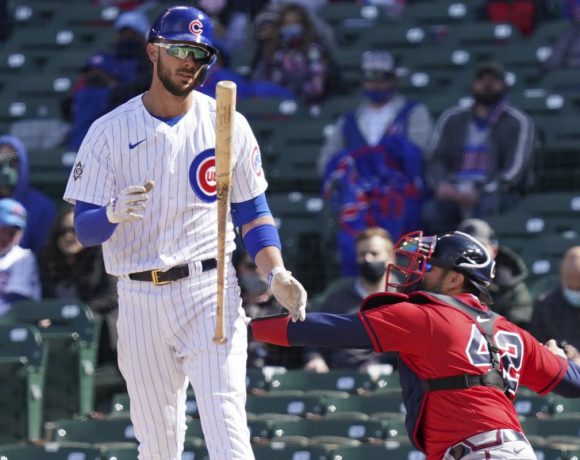 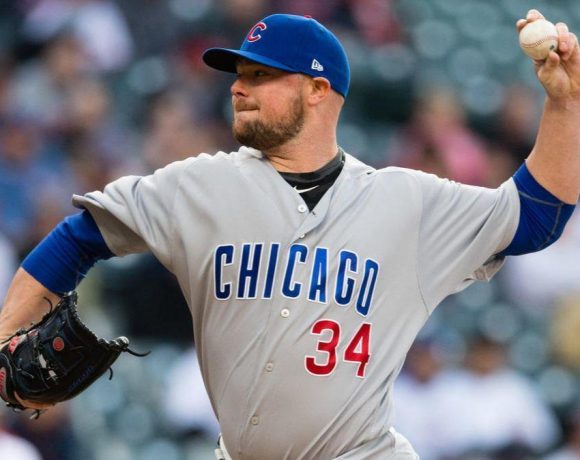