Game #51 – Islanders vs. Hawks: Lineups & How Teams Were Built

Notes: Lehner has given up four goals in his last four appearances…Barzal only has one goal since the last time these two met, when he had a brace…Cizikas has been the Eastern version of Marcus Kruger for years, always on a fourth-line but always tasked with taking the hardest assignments. Trotz hasn’t wavered from that…Their Toews has really juiced the third-pairing, and given them a puck-mover on all three pairings…Filppula has been extremely annoying to the Hawks in his entire career, and now that he’s under Trotz he’s Super Annoying…

Notes: After what was his first truly rough outing, it makes sense to get Delia an early start on the bye and break and give Ward the start. Not that you’re ever happy to see Ward in net, but this one makes sense…they’re giving you the hard-press on Caggiula in the top six, even though he was just fine on Sunday…the Saad-Kampf-Kruger line was used as a straight checking unit against Backstrom and Ovechkin and it held its own even if the possession numbers were a little ugly…curious to see if DeBrincat can be the main creator on a line, which is what he’ll be tasked with joining Strome and Kahun… 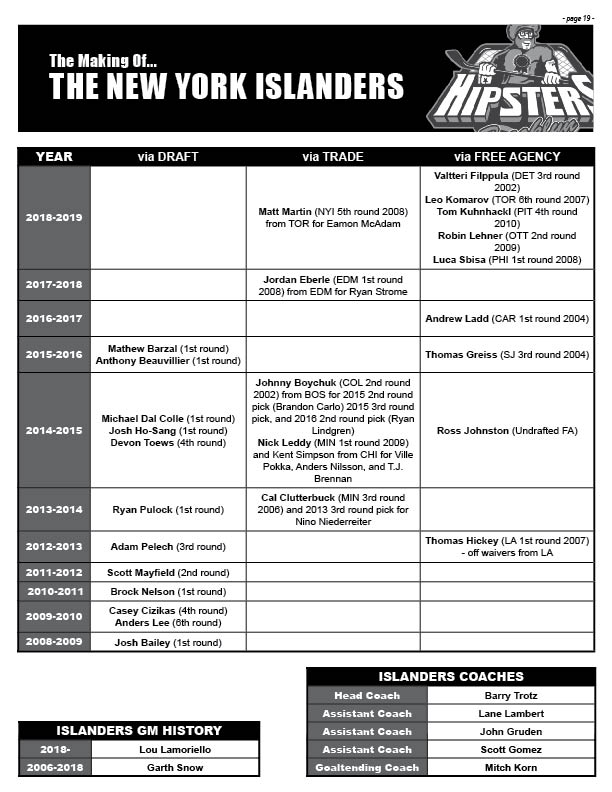