Game #49 – Hawks vs. Rangers: Lineups & How Teams Were Built 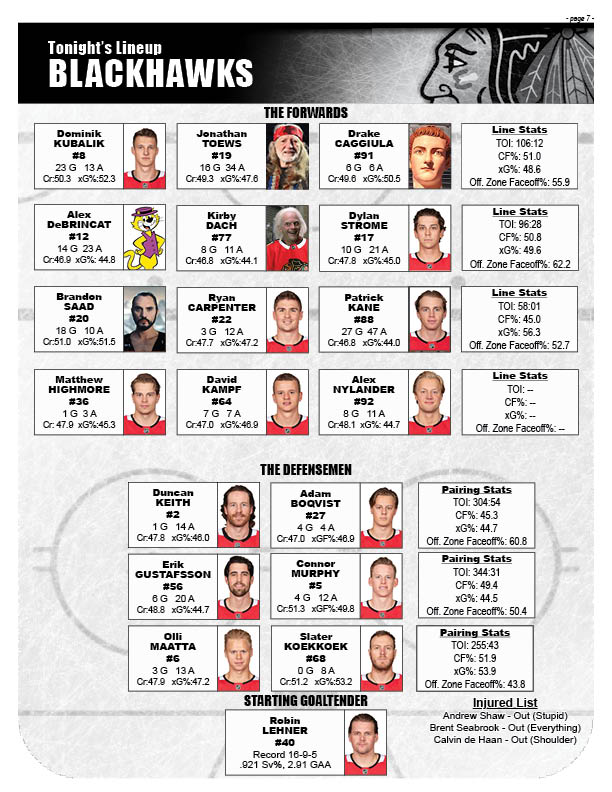 Notes: Little bit of intrigue at the morning skate as Delia was first off the ice but Ward was in the starter’s net. There would be utterly no reason to play Ward unless the full tank was on, which is what some want? We’re not sure anymore…The Hawks have tried seven d-men twice in the last two years. Both against the Devils, and they gave up 15 goals combined. It just can’t be that confusing. Anyway, expect Koekkoek to be back in his suit tonight…other than that it’s window dressing. Kampf will be on a wing for some reason…Encouraging thing is even though they got stomped, Saad gave Kane’s line better possession numbers, because he’s actually quick and gets the puck back, unlike Anisimov… 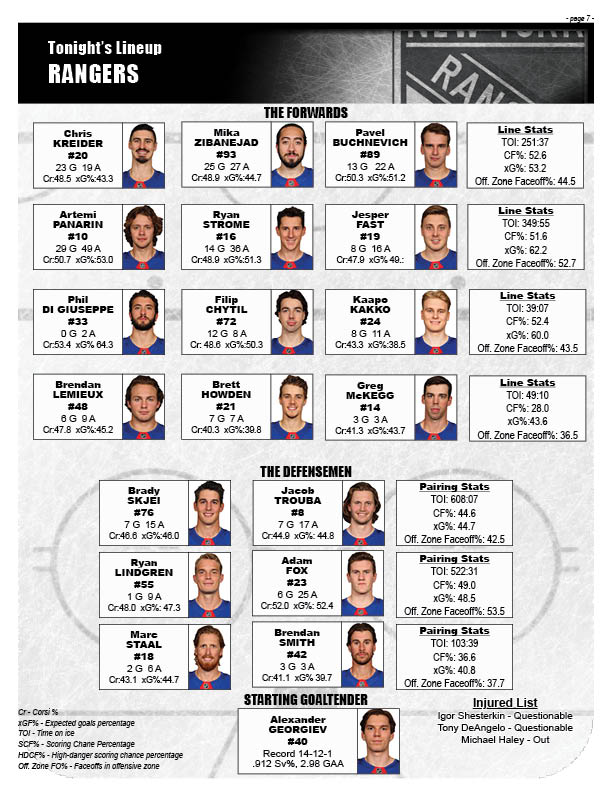 Notes: Could be a couple returnees for the Rangers. Hayes could slot back in at #2 center, McQuaid might get back in somewhere on the blue line…Kreider has one goal in his last nine games, as he seeks safe haven outside of whatever the hell it is the Rangers are doing…Zibanejad went off for four points against the Hurricanes last game…Buchnevich had two goals on the power play against the Canes as well…Lundqvist gave up two goals on Tuesday, only the third time in his last 14 starts he’s held a team under three…