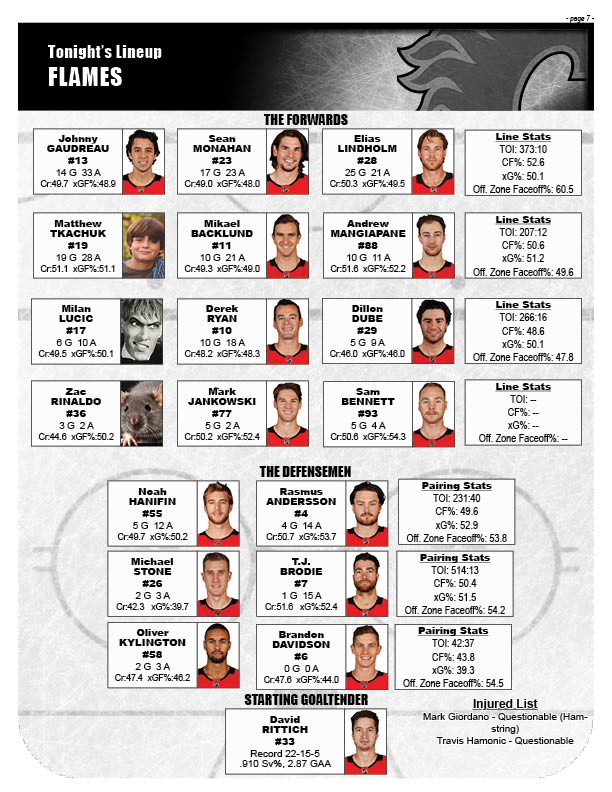 Notes: Michael Frolik and Jusso Valimaki have missed the last couple through injury…Big Save Dave gave up four to the Stars last out so maybe Mike Smith gets a run-out with tougher games against Columbus and Minnesota later in the week for the Flames…Kylington is a prospect our Flames friends were pretty excited about before the season so he may entrench himself in the lineup…This should be the year Backlund gets Selke consideration but won’t…WHO WANTS TO WALK WITH ELIAS?! 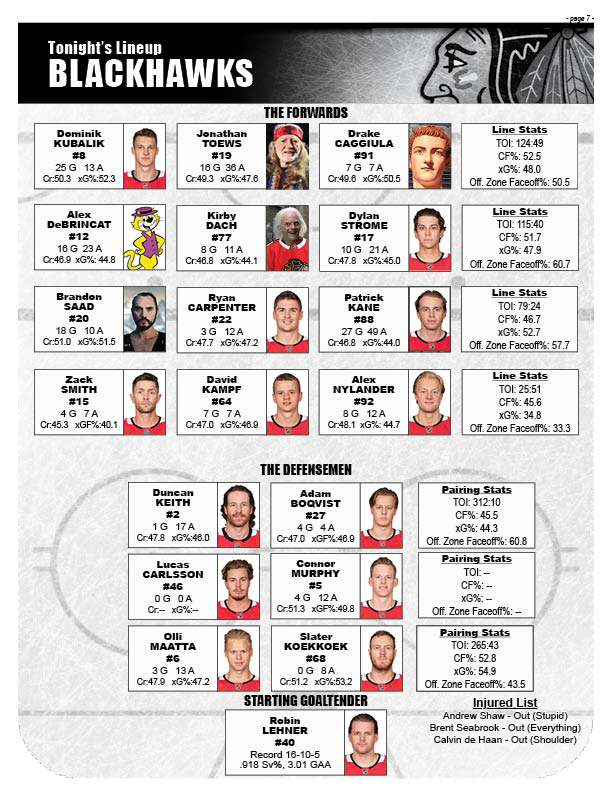 Notes: We imagine Martinsen will keep his spot ahead of Fortin and Kunitz…At least Keith will be rested…Is Saad playing the best stretch of his career?…Funny how Manning played his best game of the season with the return of Connor Murphy looming this week, no?…The Kampf line actually got its head kicked in last night…Strome and Kane and Top Cat were better but once again broken up, would like to see them get the full game tonight…