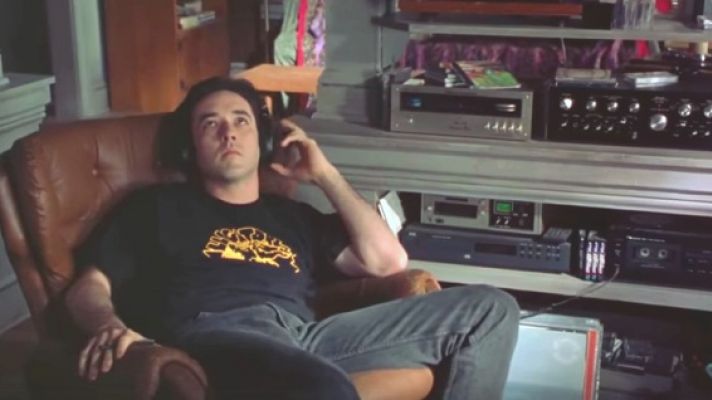 This is admittedly an idea I stole from St. Vincent, whose ITunes Radio Show I just discovered. But hey, if you’re going to steal, steal from the best. Anyway, on her show she creates a mixtape/playlist for people who call in and describe their situation in life. So because we spend a lot of time talking about music here along with hockey, I thought I’d share a playlist of songs that I associate with hockey and the Hawks.

They’re not particularly hockey, but when I first started going to the standing room at Chicago Stadium my brother was listening to “Nothing’s Shocking” constantly. Like, all the time. And one summer I went to Yellowstone and met my cousin for the first time, and though I was told he only listened to rap he was listening to this album all the time as well. It was basically everywhere. So when it was time to get into the car and head to 1800 W. Madison, this was the album that was on for my first handful of visits.

If you were in the Old Stadium, and you got there for warm-ups (and chances are if you did the first you were doing the second), the playlist was intoxicating to any child desperately wanting to think he was cool and tough (was not either, still not either). It was actually somewhat modern, and it was loud, and you were watching a bunch of nutcases get ready for whatever nonsense the Hawks and North Stars would cook up while a bunch of nutcases in the stands were already on their third beer and piling through their personal Connie’s pizza (god I miss those). To say it was charged would be an understatement. And the opening riff for “Outshined” basically had everyone frothing at the mouth in the building a good half an hour before puck drop. And no, the Hawks haven’t really updated the playlist since.

Going to start jumping around here a bit, and I know this one might stick out a bit. Although if you don’t have this album then your life quite simply is short. Anyway, I was listening to this song far too loud in my car on the first warm day of spring 2009, going far too fast on Lake Shore Drive, and any Chicagoan will tell you that’s the exact time and place to be listening to music far too loud. The Hawks had just won Game 5 against Vancouver in Vancouver, Killion and I had to go to his office downtown on a Sunday to do a radio interview in Vancouver with the Pass It To Bulis guys because it was the only place we knew we could both use a landline. The Hawks were going farther than we ever expected, my stupid little program had turned into a wilder success than I ever would have anticipated, and there I was on The Drive. One of the happiest times of my life, and whenever I hear this song I think of that and Bolland’s goal in the dying minutes of the 3rd period.

You do a lot of stupid things when you move into your first apartment. And generally, the apartment itself is stupid, and mine was no different. A shitty little studio in Lakeview, and like everyone else’s first apartment it was mostly stereo and CDs. The other thing I couldn’t wait to do was to get NHL Center Ice for the first time, as that was never going to fly living with my father. And that was the first time I ever saw Hockey Night In Canada. While it shouldn’t have been that epic of an occasion, this was the tentpole of the sport coverage-wise, and now it was like I was in the club. At least for the first few times or years, when it first gets cold and you settle in to watch Hockey Night In Canada after ordering a pizza and cracking open a beer, with the chill outside actually feeling refreshing, there is something special about it. Anyway, I was listening to this album a lot then because I was silly, but this song is still pretty cool.

This was the album I was listening to when I finally chucked it on the Hawks. It was in the car the last game I went to for years, a 3-2 loss to the Flyers where Alex Zhamnov scored in the opening 20 seconds and then the Hawks never looked like scoring again (they somehow did). I didn’t enter the UC again for something like four years. Not that this song or album are a bad time or anything.

The soundtrack to most of my first year doing CI. McClure introduced me to Mastodon, sitting on the same two barstools we sat on for most of the first two years we knew each other. My father walked in on me headbanging to this while claiming to be working more than once. And it certainly was pregame music heading to the UC that year for at least 25 home games.

Best goal song the Hawks ever had.

“You Shook Me All Night Long” – AC/DC

Second best goal song the Hawks ever had.

I simply refused to listen to this album for the first few months of its release because of the ubiquitousness of “Smells Like Teen Spirit” everywhere. Visiting my brother for his college graduation, he made me take it in. Needless to say it was playing a lot when the Hawks made their trip to the Final, and certainly even more to get over the feeling of losing it so badly.

“Hockey is like Tom Petty. Life is just better when that’s in it.” – The Elder Fels