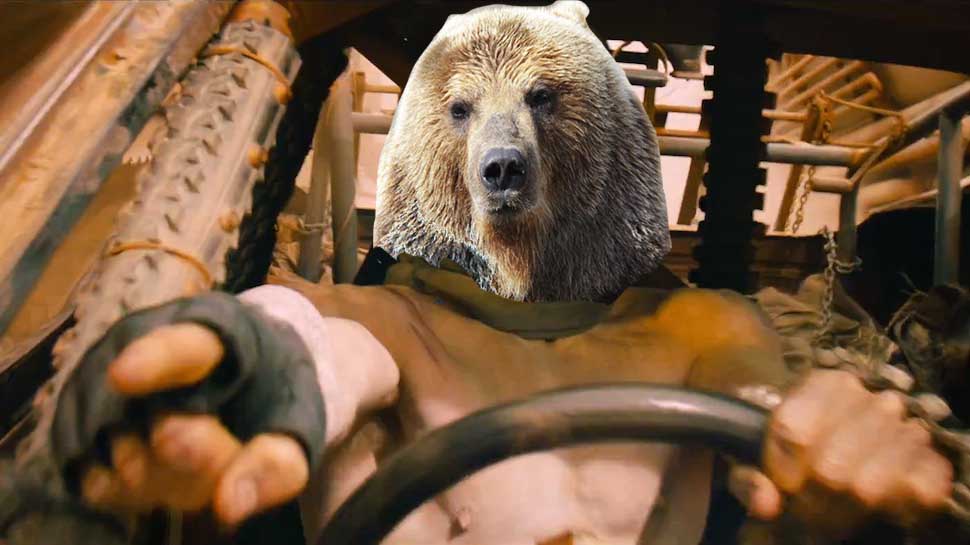 While I’m not drying to put my head through various spots of drywall after this 6-12 stretch, it has become pretty clear that the Cubs inhabit a second tier of the majors. Which is…fine. It’s certainly good enough to win the division, and even make some noise in October. They’re not 6-12 bad, just as they weren’t 2-7 bad to start the year, and probably not 22-7 good in the middle there. But what’s clear is that the Astros and Dodgers, essentially the two teams the Cubs have been compared to since the whole cycle started, are in a different class than them. It shouldn’t be that way, or doesn’t feel like it should, but let’s be honest about it.

One day in the future, we’ll do a deep dive about how the Cubs lost the high ground to the Dodgers in the NL, because they had it over them in 2016 for sure. But to put it in one line, the Cubs never created a second wave of produced players/stars after Rizzo and Bryant (throw Contreras or Baez in there if you want, though neither were “stars” in ’16). Meanwhile, the Dodgers introduced Cody Bellinger to the world, were able to be patient with Joc Pederson (or have the White Sox fuck up trading for him, your pick), now have Alex Verdugo in tow in the interim, along with reclamation projects/science experiments Max Muncy and Chris Taylor and whoever else.

And the Cubs have made bets on their products, and none have really worked out. And the one they bought biggest into was Kyle Schwarber you could argue, because there was a time and place when he would have had serious value in a trade. And now you worry they’ve held on too long and perhaps ruined that value forever, while having a player that may just never be what he flashed in 2015.

Schwarber has been able to somewhat hide under the glow of the ’16 World Series, and as much as I love the dude and still believe there’s a wildebeest in there somewhere, it’s one that annoys me. Yes, Schwarbs had seven hits after sitting out an entire season, and that is kind of amazing on that level. On another, he had one extra-base hit and strung a few singles together. And it was only 20 PAs, which is nothing. When considering what Schwarber is and what he will be, it’s best to ignore all of it.

On the other side, there’s this idea that in the two intervening seasons since he’s been a total bum. Nope. He’s been above average offensively in both, and was even a 3.0 WAR player last year, which if you can believe it made him one of the more valuable left-fielders around last year (seriously, it did. He was like sixth behind Pham, Benintendi, Rosario, Peralta, and Brantley). Schwarber hasn’t been a drag on anyone before this, he just hasn’t been the star we’d hoped.

So what’s the deal with Schwarber this year? The easy thing to say is he strikes out too much. Except he’s not striking out really any more than he ever has. And he’s walking a ton, top-15 in baseball, and walks are good. We like walks. So then the next thing to say is he’s not hitting the ball with authority. Except he is. Schwarber’s hard-contact rate is the highest of his career. So his line-drive rate. If you go by Statcast, his average exit-velocity is the highest of his career as well. In fact, his 92.6 MPH average is also in the top 20 in baseball.

Could it be that Schwarber is just unlucky? The .257 BABIP would suggest so, but it’s really not that far below his career number. Because Schwarber is one who gets gobbled up by shifting infields a lot.

If you reduce it down to May, that month was even weirder for Schwarber. He walked nearly 20% of the time, had an OBP of .345, hit everything hard… and hit .196. Could it be he’s just doomed?

Schwarber isn’t the ark-of-the-covenant-horrific high-leverage hitter he was last year, but he also still is very bad. Schwarbs has a 77 wRC+ in medium leverage situations (100 is average) and 66 in high. With men in scoring position, he’s -1. -1. Like…through the looking glass awful. And yet, all his walk or strikeout or contact numbers hardly change at all when there are men on base. He’s the same guy.

What’s clear is that Schwarber has some clear holes. Fastballs even just high in the zone and middle of the plate in he can’t get to. He also can’t hit a breaking ball. Like at all. They don’t even have to be out of the zone. Don’t believe me? 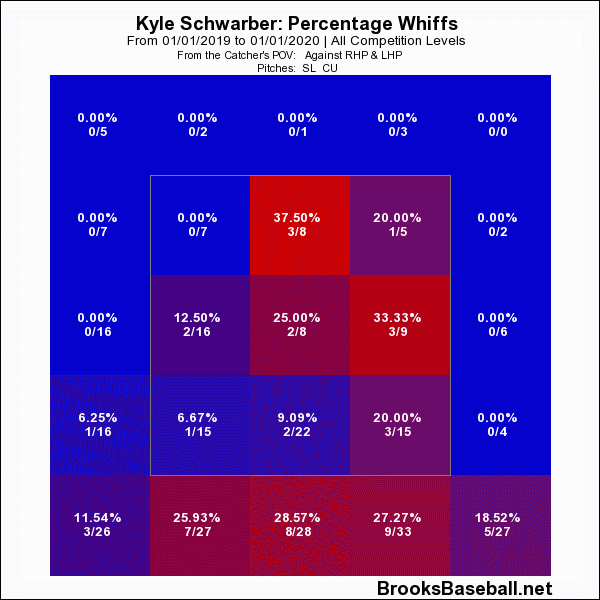 Schwarber whiffs on half the swings he takes at curves, and it’s not much better on sliders. As he leads off, he generally only sees men on base later in the game, when relievers are specially trained to throw gas high and breaking stuff after it. He’s easily identified, let’s say.

I’m just not sure what the answer is. I know it’s not Carlos Gonzalez, who has been three aliens dressed as Carlos Gonzalez for like four seasons now. I have to believe that if Schwarber continues to walk nearly 20% of the time, keeps hitting the ball as hard as he is, good things will happen.

Because a dangerous, even dominant Schwarber extends this lineup to at least a point where it can see the Dodgers. There would still be holes at second, center, and right (don’t look now but Russell is kind of hitting, as gross as it is). And the bullpen needs too much work to go chasing a bat. There aren’t enough assets for everything. Unless Schwarber becomes one of those flogged assets. Is it even possible now?