Speaking of ineptitude, tonight’s opponent, the Calgary Flames, has been mired in it basically since last year when they defied all metrics and actually won a playoff round against the somehow worse Canucks. Their president, Brian Burke, and their coach, Bob Hartley, are legendary meat-heads who espouse virtues of size, grit, toughness, and other such wankery. It’s why Burke traded for Brandon Bollig and why Hartley skates him with players like Johnny Gaudreau and Mikael Backlund and not as punishment. But hand-picked GM Brad Treliving may yet be salvageable, as he did not delude himself into believing this team needed additions just to make a desperate push to get thwacked in the first round, and cut bait with a number of assets and actually got a fair return. David Jones and Jiri Hudler were hurled overboard for picks, while human dartboard Kris Russell was sent to Dallas in exchange for Jyrki Jokipakka, who actually has offensive upside and can move. One doesn’t have to squint very hard to see the makings of a very formidable blue line even if Mark Giordano is aging rapidly on bad paper with Jokipakka, TJ Brodie, and Douglas “Dougie” Hamilton. Hamilton in particular has been freed from the shackles of Kris Russell, boasting a 52.3 share since his former partner departed (they were a 45 mark together). It’s almost like Kris Russell sucks and Dougie Hamilton was a lottery pick or something.

The Flames aren’t bereft of talent up front either, with Johnny Gaudreau playing at a point per game clip, and doing so as one of the most entertaining watches in the league. Running mate Sean Monahan has 56 points, but there are grumblings that he might be miscast as a #1 center. But he has at least 20 goals in each of his first three seasons, and could flirt with 30 for the second straight year, as well as pass his point total of last year showing incremental growth. Sam Bennett has also shown promise at age 19. Mikael Backlund and Michael Frolik (sky point) remain the only two Flames regulars at forward in the black in terms of possession, which is really a feat given how willing this team is coached to concede the puck to the other team.

And that tendency compounds things for the Flames when they have gotten as bad of goaltending as they have this season. They were so desperate that they actually traded for Niklas Backstrom (no, the other one), who washed out of Minnesota three years ago. Alberta has had its effect on him as well, allowing 7 goals on 58 shots since coming over in 2 appearances. Karri Ramo and Joni Ortio are both over .900 (.909 and .901), but only barely. It will be Ortio’s cage tonight.

As for the Men of Four Feathers, they have all but pissed away home ice for the first or any round of the playoffs, and are far closer to falling into a wild card position and having to take on either the Ducks or Kings in the first round. So bang up job everyone. The solutions to these problems and more are clearly going to be solved now that Marcus Kurger is making his triumphant return, like the Rohirrim arriving on the Pelennor just in time to hold Minas Tirith. Marcus Kruger is an NHL hockey player, and the line of he, Andrew Shaw, and Andrew Desjardins is worth reuniting. But it’s not going to instantaneously fix the penalty kill by any stretch (particularly with Corey Crawford out), and if the wrist surgery affects his ability to win draws as he has since working with Yannic Perrault three summers ago, then the Hawks are still running in place. Dale Weise finds himself scratched tonight at Kruger’s expense, and while disappointing, the production hasn’t been there for him since coming over from Montreal. Richard Panik will get his spot with Teuvo and Flash.

Speaking of saviors Omer Svedberg (or is it Viktor Ostertag) is back up from Rockford to guard the rim tonight in Calgary. Which means this is probably the last anyone has seen of Christian Ehrhoff, with three rookies ahead of him on the depth chart. Presumably Svedberg is here to play, and in place of Erik Gustafsson, because Teflon Van Riemsdyk cannot sit for any reason ever despite not being an NHL defenseman. Scott Darling is in net because Corey Crawford is still hurt.

The Hawks are six points back of both the Blues and Stars, though they have the easier remaining schedule and still have a head to head with the Blues. Home ice in the first round is still possible, if a long shot even if the Central division is now no longer realistic. This team has deluded itself into believing that home ice isn’t necessary, despite what the numbers and their roster construction tells everyone. Bob Hartley’s teams might play a stupid style, but they don’t quit, and that blue line is not to be trifled with. It’s one of two options tonight – two points in regulation or more piss in the Hawks’ collective pants. 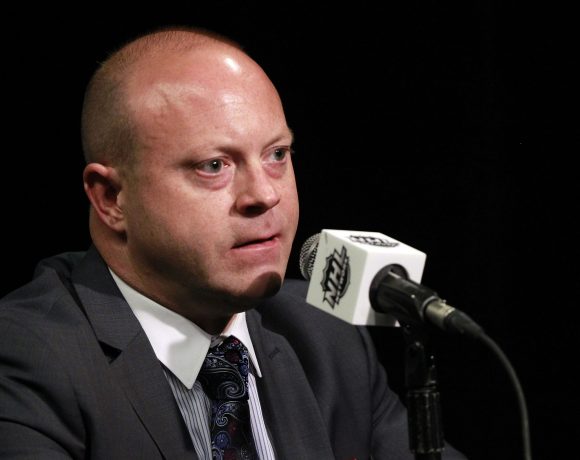