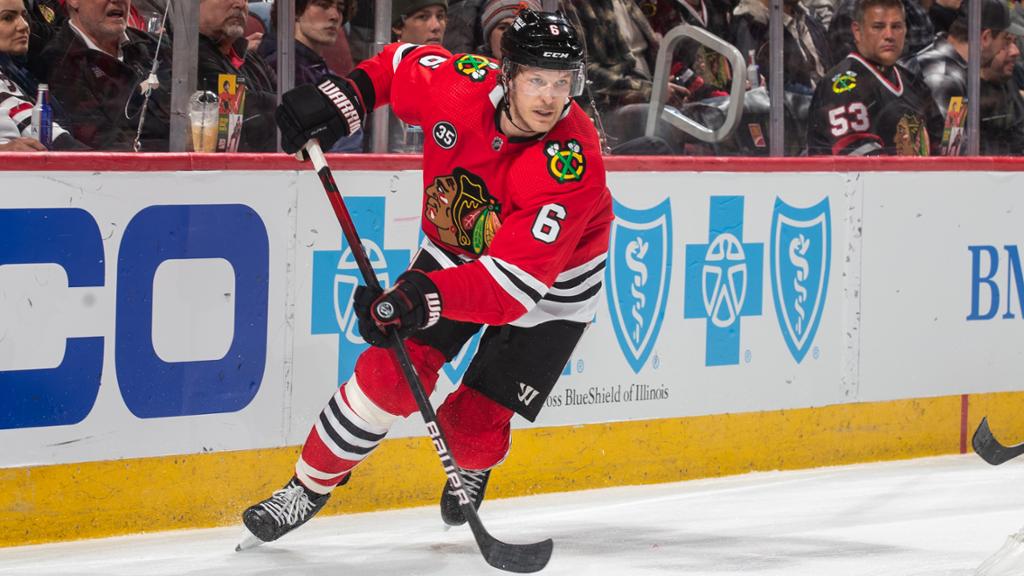 The regular season continues on after the Hawks so kindly gave us a five-day break from watching their mediocrity. The rest of the NHL has been in full swing, however, and the Hawks are set for opening night in Chicago with a week-long homestand that will next see them taking on two worthy opponents, plus the Kraken, who certainly aren’t playing like they’re worthy. 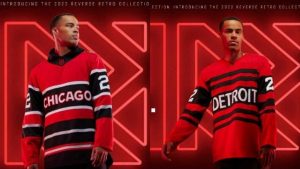 Nothing brings more pain than when the Hawks are mired in mediocrity and Detroit finally seems to be coming out on the other side of the years-long Yzerplan, but this is how Chicago will be opening their season at home. The scum find themselves 2-0-1 so far this season, though it was only by the sheer willpower of their top center Dylan Larkin that they received a point in Monday night’s game against LA after he poked the puck away from Viktor Arvidsson on an empty-net breakaway. The Wings were able to secure their other two wins against New Jersey and Montreal, two dogshit teams at the moment. Although that doesn’t seem very impressive, the Red Wings don’t seem to face a particularly challenging matchup until the Bruins in another week, and grabbing every point you can is the name of the game in the Metro, so overall this team couldn’t have asked for a much better start.

Because we love pouring salt into the word on this fair website, this game will be a stop on the glorified Hawks of Yore Reunion Tour, which starts with the return of Dominik Kubalik to Chicago. Since noted shithead Tyler Bertuzzi is out for 4-6 weeks, Kubalik finds himself on the top line with Dylan Larkin and with three points to his name so far. And yes, that is more points than he had starting off last season with the Hawks. Another notable face, Olli Maatta, who hasn’t been around since the last time the Hawks made the playoffs* in 2020, finds himself on the 2nd d-pairing after signing a one-year contract. Since that contract, he’s had 4 points in three games and everyone seems to be genuinely thrilled by that number. Finally, perhaps you remember young Pius Suter, who was so young and full of promise as a 27-point rookie on the Hawks in 2021? He is hanging on Detroit’s fourth line, where he only has 1 point and is -1, but when you have to drag around dudes like Adam Erne on your line those numbers aren’t surprising. 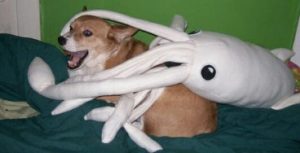 The Kraken haven’t looked so good to start things out, though getting domed by both Vegas and Carolina this season is about to become a reality for a lot of teams. Fans of the Kraken continue to be surprised that the expansion didn’t start off as immediately successful as that of the Golden Knights, and we as Hawks fans can look into the mirror and see ourselves in all of Seattle’s problems. Since last season, Kraken fans have been calling for the firing of head coach Dave Hakstol, whose defensive structure is dwarfed in galaxy-brained stupidity only by Coach Vinny del Colliton when he was around these parts. They find themselves at the bottom of the league for xGF/60, which is where they were last season as well, and they can’t seem to generate any offense (color me shocked when you have two ex-Blue Jackets on your top line). The Kraken seem hellbent on tossing their future players into the fire as well, what with their 2022 1st-round draft pick Shane Wright being immediately plopped into the NHL with no minor league development time and relegated to 4th-line bumslaying with fucking Brandon Tanev and Ryan Donato. Sounds pretty soul-crushing, and a little bit familiar, eh Kirby? 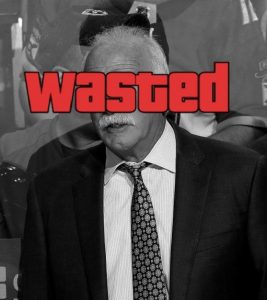 Florida returns this season with a 3-1 record, behind only Boston in the division. Everything seemed to be going fine and dandy until the announcement that Aaron Ekblad was added to LTIR a few days ago. I guess LTIR really means “3.5-week IR”, because they target his timetable for return to be sometime around then and they really placed him there to try and finagle their way out of the cap hell they currently find themselves in. Yes, Sergei Bobrovsky’s albatross $10 million/year contract is still in full swing, and in place for three more seasons after this one. Meanwhile, Spencer Knight, the future between the crease for Florida, is about to get a big pay raise next year from $975k to $4.5 million/year. So to say the salary cap increasing in the next few years will be a godsend for the Panthers might be putting it lightly.

In more recent news, it sounds like the Panthers are signing yet another Staal brother. Marc Staal joined the Panthers on a cheap contract in the offseason and now Eric has signed a mirroring deal after Ekblad got placed on IR. I’m not sure what kind of voodoo salary magic they are going to be dealing with once Ekblad returns in a month, but for now it’s possible we’ll see Eric in the lineup Tuesday night. And of course, the D pairings have been shuffled around for Florida and now Gustav Forsling, who we all remember, has recently found himself on the first pairing with Lucas Carlsson. Forsling is also the team’s new workhorse on the backend, averaging more TOI per game (25:38) than all but two players in the NHL. Florida also announced the return of Brandon Montour to the lineup, and that pairing wasn’t so bad last year.

As for the men of four feathers, the biggest news coming out of the week is that Jake McCabe is returning to the lineup tonight against Detroit, which means that Alex Vlasic was sent down to Rockford because who needs to develop young guys up here when you can develop young guys elsewhere? With the underwhelming season McCabe had last year and yet another major surgery he is coming back from, I can only imagine his first few games won’t be pretty. Or all of them. He will be paired up with Amy’s Eldest on the 3rd pairing, as rookie Filip Roos finds himself a healthy scratch because once again, who actually needs development around these parts?

Other than that, it looks like the Hawks are gonna roll out the same lines we’ve been seeing, so expect to see more of the same. Peter Mrazek gets the start in net, and hopefully he doesn’t blow it. A win would be nice but I guess a loss would be more productive. Go Hawks