Bears 2019 Fantasy Outlook: How Homer Are You? 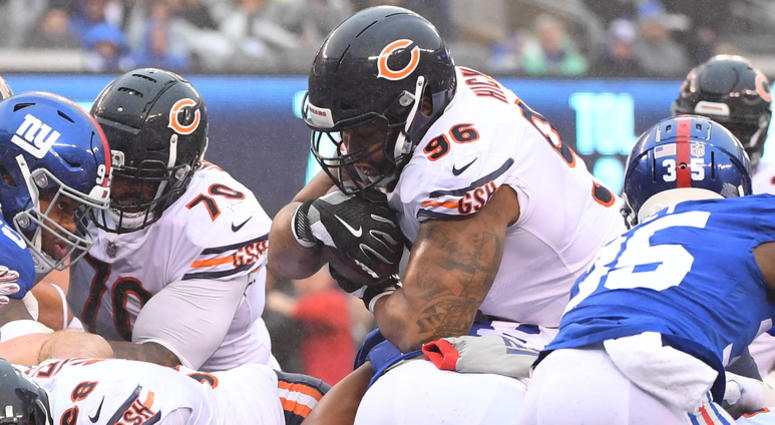 Fantasy season is almost upon us for 2019, and if you’re like me you are spending as much time as humanly possible reading up on as much as you can before all your targets inevitably get injured before opening day. I’ve always tried shying away from using Bears players in fantasy, since I’ve been conditioned to eternally expect the offense to always put up mediocre numbers, but also because the big money league I play in is made up of Bears fans. Someone will inevitably draft Anthony Miller in the 4th round and I’ll quietly roll my eyes and shrug it off until he goes off for 20 points when I go against him. Such is life.

That said, 2019 is probably the first year I can remember where Bears offensive players will come at a premium in fantasy football, but it’s important to have realistic expectations to make sure you aren’t reaching for guys when there’s much better options available. So, with that said, let’s take a look at where you should be willing to slot Bears players on your fantasy squad this year.

Mitch Trubisky: Consensus among the experts I’ve read is that our beloved signal-caller is a #2 QB at best, but if you look at the Bears subreddit you’d think Mitch is about to have a Jared Goff-esque breakout season. As much as I hate going with the dorks on the various fantasy sites I peruse, I gotta agree. I am not comfortable drafting Mitch to be my starting QB. He could be a premium backup or match-up play, especially if you stack him in a DFS lineup with Miller or Robinson, or even Taylor Gabriel in some sort of best-ball scoring setup, but in season-long leagues I am drafting him as the QB 14-18 and hoping I’m totally wrong.

What the hell do I do with the Bears backfield? That’s a good question. Is Tarik Cohen going to finish in the top-15 again at the RB position? I’m fearful of his durability going into this season for no real reason in particular, and the uncertainty regarding who will take a majority of carries in this offense makes the outlook super unclear. I wouldn’t be surprised to still have that uncertainty on a week-to-week basis when the year is in full swing. As of right now, I’m drafting Cohen as the best RB2 on my board (and a mid-level RB 1 in PPR formats), and David Montgomery as a flex starter, who could optimistically finish as a top-20 RB if everything shakes out. Mike Davis isn’t worth a roster spot.

Avoid Bears tight ends. I’d rather use Bradley Sowell in DFS once as a joke than draft Burton or Shaheen. Tight end is going to be a bloodbath this year, so make sure you’re locking down Kelce, Ertz, or Kittle in your first four rounds if possible. If not, you’re screwed and hoping to get NFL Red Zone highlights of Vance McDonald catching an 8-yard pass.

Okay, deep breath. Let’s try to figure out the Bears WR corps. Allen Robinson can be a top-10 wideout from a fantasy perspective, but will he? I’m not betting on it. His numbers last year are not good, even adjusted for his two games out of the lineup. Is he due back this year? He could be, and I’d be more than willing to buy low if he’s available in the 6th or 7th round. He’s a beast that will demand attention, but once again you gotta wonder if Mitch will throw his way if opposing teams try to take him out of the game (see his two-catch for 37 yards performance against Detroit). I’m taking him as a WR3 or Flex at best, which is actually lower than where I’d put Anthony Miller in PPR. Miller was TD dependent last year, but this year I’m hoping for more of a breakout season statistically. In PPR I’m drafting Miller to be a low end WR2. As mentioned earlier, Taylor Gabriel is someone I’d use in daily fantasy or best ball leagues, and Cordarrelle Patterson will be fun to watch but really only exists to vulture points from all Bears skill position players.

This offense is a mess in the best way. Sure, as a Jordan Howard owner the last two years I’ve had some conflicting emotions watching defensive players score goal-line touchdowns. On one hand its fun and it means the Bears are scoring, but as a season long, dynasty, and daily fantasy football player I just shake my head sadly. Part of me wants to not draft any Bears players with high expectations because I want to just enjoy Matt Nagy’s wild ride, but if Mitch crushes it this year there’s nothing stopping this offense from looking like those classic Saints offenses from a few years ago.