As the front man for the Brooklyn outfit TV On The Radio, there are few vocalists around who can croon quite like Tunde Adebimpe. A native of New York and a graduate of NYU’s film school, Adebimpe and guitarist Dave Sitek formed the band in 2001, fusing elements of post-punk, electronic, and barbershop. And while that might sound like the most pretentious, Brooklyn-centric hipster garbage ever, upon hearing the music itself there is no denying its excellence, and Adebimpe and TV on The Radio have released five full length albums since their formation fourteen years ago, all of them to critical acclaim.

But Adebimpe’s skillset isn’t limited to just singing. Being handsome as hell and impeccably bearded, Adebimpe starred opposite Anne Hathaway and Rosemarie DeWitt in 2008’s Rachel Getting Married, which found itself on several year-end Top 10 lists. He’s also directed several music videos, and is an accomplished visual artist and animator. And it’s that kind of multi-talented skill and versatility that remains necessary for prolonged success in spring hockey.

Tags: Beard of the Day Beards Tunde Adebimpe TV On The Radio 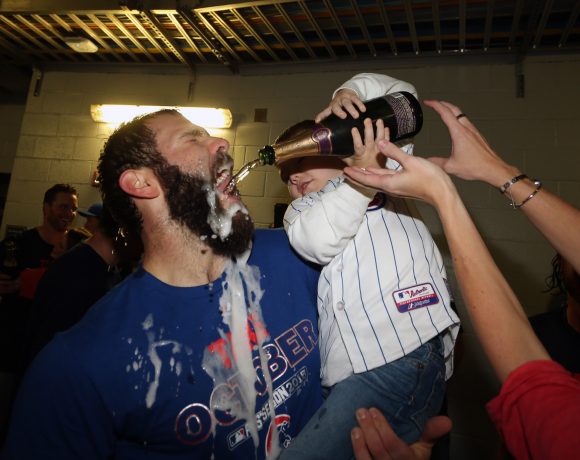