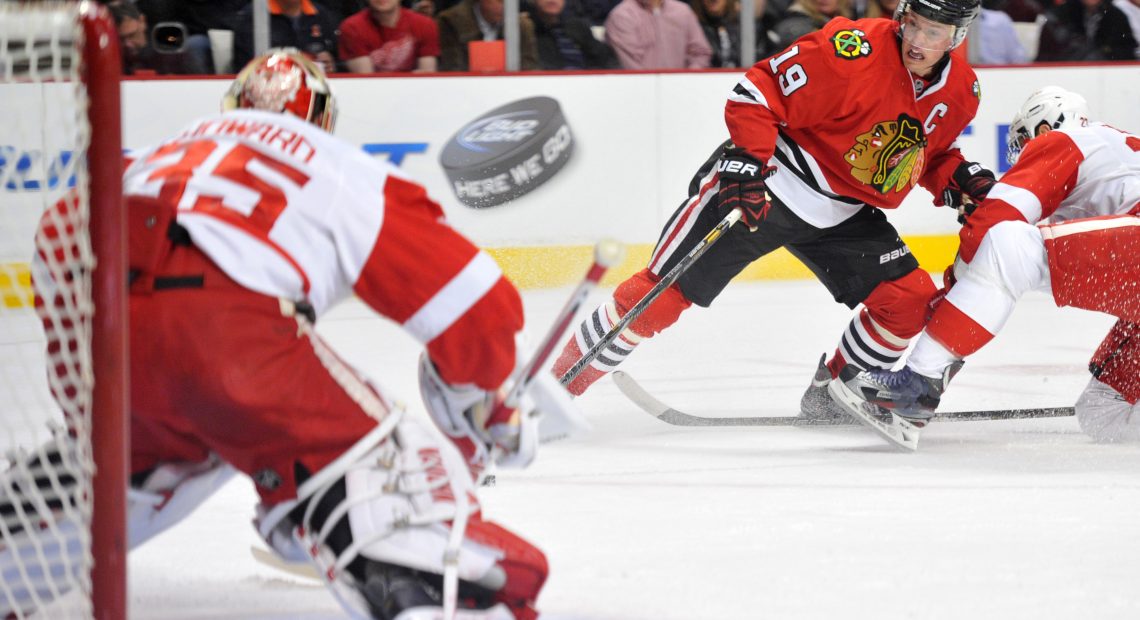 And just like that, the Red Wings are no longer a division rival (unless there’s a playoff matchup… which would be a pretty awesome send off). Sadly, this game didn’t quite have the energy of the March 3rd back and forth playoff-like battle.. and it wasn’t the pantsing that we say last time they met. But it’s another win. And it clinches the division. And that’ll do.

Also, I really like this game picture because it looks like they’re playing with a huge novelty sized puck.