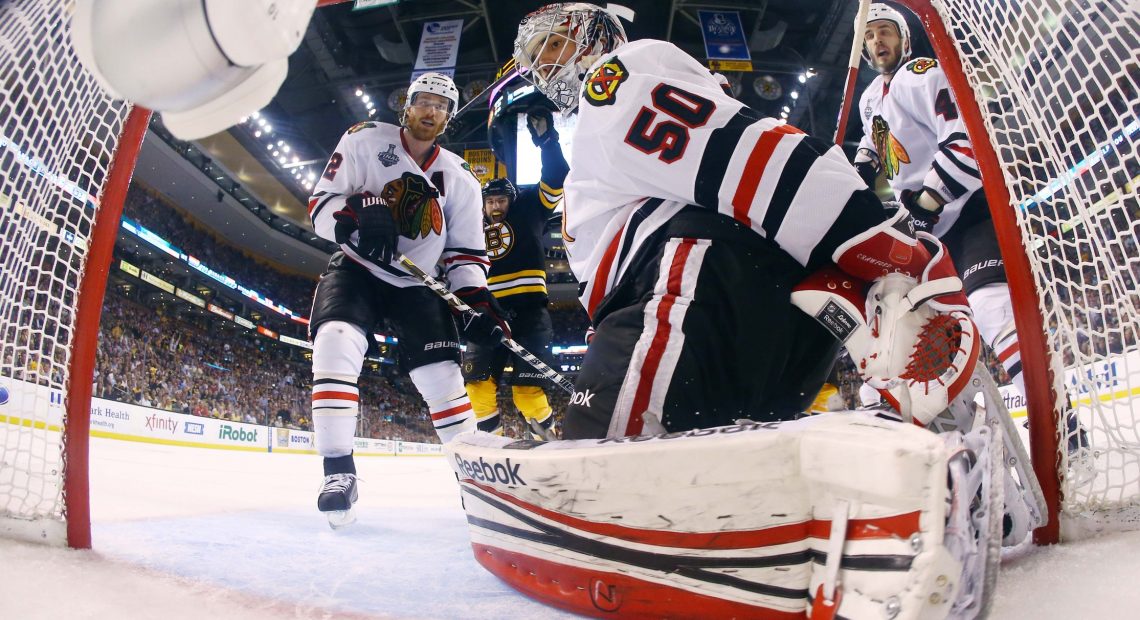 Last week when solicited, you, the loyal Committed Indian Juggalo for the important questions that you need answered regarding this upcoming season, you certainly did not disappoint. Despite a maximum four-banner winning season from our Men of Four Feathers and minimal (by comparison) post-championship roster turnover, there are still some pressing issues facing the club as camp is about to break.

So without further ado, we begin.

Will we all be so spoiled now that anything short of an appearance in the SCF will be considered a failure? – Sparky

Given the culture that has been established around these parts being the only two-time Cup champions in the Salary Cap Era, anything less than that would be considered a disappointment, assuming a median-to-high degree of health from The Core ™, which has now been identified, established, and made a clear statement on its ability to win with a different supporting cast. Multiplying these expectations are the new playoff format, which pits the Hawks (in theory) against divisional opponents for the first two rounds. The new Central division isn’t exactly a powerhouse at present, even though Minnesota might eventually get interesting if their young talent develops, and despite what anyone says about the Blues, who have basically only swapped Derek Roy and Magnus Pajaarvi for Andy McDonald and David Perron, and haven’t gotten past LA in the past two years. And though Jon Quick still has the ability to steal a series on his own, the Hawks showed that the Kings can be brutalized with speed, and that’s with Robyn Regehr having a smaller role than he’ll have this year.

So when the dust settles, there’s no realistic reason at the outset of the campaign that an SCF appearance shouldn’t be the expectation.

Good, but not $6 mildo over six years good.

I like Corey Crawford, I think he’s a fine goalie. And by all accounts, he seems like a pretty decent guy who waited his turn and in turn earned his pay day with a two-trophy season that should have had a third in the form of a Conn Smythe. But RoboStan has very rarely been in the business of paying for past performances, jettisoning accomplished players ruthlessly (Campbell, Brouwer, Bolland, Stalberg, Frolik) despite having earned their respective paydays in favor of a longer-term vision that keeps the Championship Window(tm) open as wide and as long as possible. And it has long been the hallmark of any Bowman run franchise to not spend on goaltending when resources can be allocated to the 18 skaters in front of them to succeed with ordinary goaltending (see: Osgood, Chris). So this signing is certainly a paradigm shift.

Corey Crawford has shown both the ability and demeanor necessary to backstop a juggernaut, making the saves he needs to make (for the most part), and stealing a game if not a series when asked, as well as showing a calm confidence about his game during the numerous times his head was called for. Crawford has deficiencies in his game as all goalies do, but at this point they’re “known-knowns” and can be accounted for. But the concern is that in a cap era almost no goalie is worth $6 million dollars, sentiment be damned. So either Stan knows something about the Cap moving into the future, or he is that confident in his ability to maximize draft picks on cheap entry level contracts, or a combination of both. Either way, this is Stan cashing in on some capital he’s earned with the second Cup, but in doing so he’s turned the pressure back up on his goalie who probably thought he was finally out of the woods from Meatball Goalie Bloodlust.

How many Rockford Piggies can we seriously expect to be here come Oct 1? – Matt (not Killion or me or MattC86 or…)

Looking at the depth chart right now, the givens on the roster at forward are Toews, Kane, Hossa, Sharp, Bickell, Kruger, Handzus, Shaw and Saad. Every spot on the blue line (7 of them) and in the crease is spoken for by an adult (and Nikolai Khabibulin). So by my math (I went to an engineering school), that’s 18 spots spoken for with a maximum of 5 forward slots for the Swine.

Despite our protestations, Brandon Bollig doesn’t appear to be going anywhere, and Q will keep him around as the resident knuckle dragger for the regular season now that Gorilla Salad is off to get his tips frosted in LA with buddy Jeff Carter. Hopefully Quenneville has learned his lesson regarding dressing Bollig in the playoffs after Game 2’s boner against the Bruins.

And speaking of some burn in the finals, look for Optimus Grind Ben Smith to get every opportunity to replace some of the energy and PK aplomb that Michael Frolik displayed, but for about a quarter of the cap cost. Naturally, every goal he scores will lead to Jesse and his army of idiot Twitter followers to call for him to get some top 6 time, which isn’t the worst idea for a game or two, but should not be attempted at length.

Jeremy Morin’s time is also nigh, with the Hawks now looking for bum slaying scoring depth on the third and fourth lines now that Viktor Stalberg is overpaid in Nashville. Much like Smith, Morin hasn’t been able to stay healthy, but he’s shown a knack for the net whenever he has been.

Past these three is where things start to get interesting, as the prime candidates are centers (or at least plays one on TV in the case of Jimmy Hayes), including but not limited to AHL scoring champ Brandon Pirri, giant faced Hobey Baker winner Drew LeBlanc, and former first round picks Mark McNeill and Philip Danault. But the center position is an entirely different bag of kittens that we’ll empty further down the road.