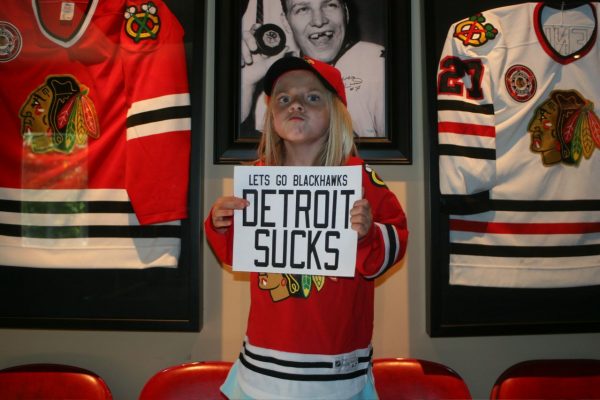 It’s gonna die. All things do, but we’ve waited for this one for a long time now. It should have died a while ago. It should have died in 2013, but Columbus spit up all over themselves. It was so close. And then Bruce Boudreau had to go and give it credence by then spitting up all over himself in a Game 7 at home, the first time he’d done it with the Ducks but the fourth time overall after departing DC. It shouldn’t have had to come to that.

And then they fucked off to the Eastern Conference, after Quenneville woke up just in time in 2013 to save us from the ultimate embarrassment. Had they stayed in the West beyond the lockout year, this streak would have died ages ago. Oh sure, they stretched the Lightning to seven games by some miracle once, and have gotten clocked twice more. They’ve never been a threat. And now that the East has finally usurped the West as the power conference, even though they play in the far worse half of it, they’re going to miss out. It’s finally over.

I don’t recall anyone making much of a shit about the Hawks making it 28 straight years, because when the Hawks did it you couldn’t help but make the playoffs. Like, you had to be truly incompetent to not make it. How much of the Wings’ streak is buried in that? At least half? Ok, so it’s more impressive. It hasn’t mattered since 2009. The Wings haven’t been to a Conference Final since then. They had a couple Game 7’s, one that needed the Sharks to go into brain-lock and the other for Quenneville to do so. Lost both. Don’t care. Haven’t mattered in eight seasons.

I suppose in the cap era, it’s somewhat impressive. But no more so than the Penguins 10 years in a row while having to pay Crosby and Malkin, as well as their various injury woes. This will be the Hawks’ ninth straight year in the playoffs, even after having to gut a couple rosters, and they’ve only threatened to miss them once. Three Cups and two other Conference Final appearances. But because it didn’t stretch back to when every player was drunk on the ice in 1993…

And this probably isn’t it for the Wings. They can’t spend their way out of it as they would have done in 1998. Their beloved “prospects” haven’t produced a genuine first-line player or top pairing d-man in what…10 years? Is Datsyuk the last one? Dylan Larkin could be one day I suppose. But there’s still hope. Is Niklas Kronwall the last top pair dude they’ve brought up? Hard to think of someone else, isn’t it? Johan Franzen? Who basically couldn’t see straight after he signed his cap-circumventing contract that the league never looked at twice? Strange, no?

This is a fallen empire, with no way back until it gets new blood in where the decisions are made. And no, it isn’t Stevie Y coming home, unless you’re just that impressed with his blue line that’s going to miss the playoffs now. Maybe Larkin and Athansiou could provide some fireworks enough to threaten a wild card next year, except they still haven’t found a goalie better than Jimmy Howard, which is like saying you can’t find a better sandwich than a turkey one. It’s fine, sometimes it even hits the spot, but really kind of down the middle, no?

Funny that it turned out when Holland didn’t have his pre-cap leftovers anymore he didn’t know what to do. Or is that Abdelkader contract really making you feel the feels? Couldn’t catch lightning in a bottle at the draft again, huh Ken?

Now they’ll head into that gleaming new building, the one Mike Illitch made a broken city pay for because he helped a bunch of kids play hockey or something, with no playoffs in sight. Soon the Wings will join the Lions and Tigers as afterthoughts. At least they’ll all be close together now downtown.