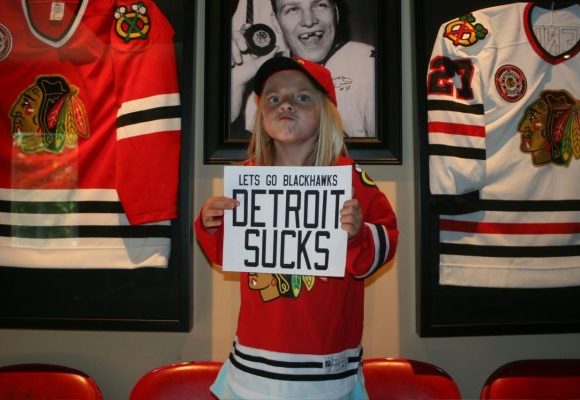 It’s gonna die. All things do, but we’ve waited for this one for a long time now. It should have died a while ago. It should have died in 2013, but Columbus spit up all over themselves. It was so close. And then Bruce Boudreau had to go and give it credence by then spitting up all over himself in a Game 7 at home, the first time he’d done it with the Ducks but the fourth time overall after departing DC. It shouldn’t have had to come to that.

And then they fucked off to the Eastern Conference, after Quenneville woke up just in time in 2013 to save us from the ultimate embarrassment. Had they stayed in the West beyond the lockout year, this streak would have died ages ago. Oh sure, they stretched the Lightning to seven games by some miracle once, and have gotten clocked twice more. They’ve never been a threat. And now that the East has finally usurped the West as the power conference, even though they play in the far worse half of it, they’re going to miss out. It’s finally over.