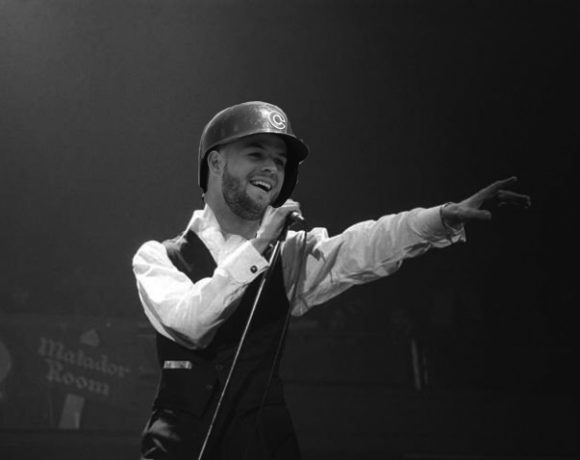 It’s funny that a bench player generates so much debate amongst a fanbase. Maybe it’s a result of signing a unique and somewhat unprecedented extension before the season. Maybe it’s just that David Bote was forced into more action than was ever planned thanks to Ben Zobrist’s four-month journey to catch the General Sherman. In the end, David Bote ended up being what David Bote was always intended to be: a pretty decent bench player. And he could be again.

Tell Me A Story: The season started for Bote when he signed a five-year extension that averages out to about $3M a year, though the actual salary escalates every season. It’s rare, maybe even unheard of, for a role player to sign an extension before even hitting arbitration. Or more to the point, it’s rare for a team to agree to it. It was Bote’s idea, and you can see why. What did the Cubs get out of it?

Well, you have to look past the contract a bit. One, Bote had been a loyal soldier, who’d been in the minors for six years before making his debut in 2018. It’s not necessarily a bad thing to show all the other guys in that spot that if you keep working, and stick with it, the Cubs will reward you. Second, Bote is a player who took to changes the Cubs wanted him to make because he was hitting the ball extremely hard in the minors but almost always on the ground. He took off after the changes, and again, it’s not a bad thing to show the rest of your system that if you listen and take notes and do the things they tell you, you’ll get rewarded. Whatever, Bote’s salary isn’t breaking the structure here or anything.

The original plan for Bote would have been to cycle in occasionally at second, third when Bryant went to the outfield, and probably start no more than two-three times a week. If that. But that all got blown up when Zobrist first didn’t hit at all, and then left the team. That made Bote essentially the starting second baseman, not something that was ever in the design.

And much like 2018, Bote started out really hot, with a 127 wRC+ in March and April, and an acceptable 106 in May. But also like 2018, there was a period where it felt like the league figured out that if you didn’t throw him low fastballs, you would get him out. He was awful in June and July, but closed hard in August and September, mostly through walking a ton (21% in August, 17% in September). He also slugged .565 in August, so he recovered or discovered something.

Perhaps what confounded Joe Maddon and the Cubs a bit is that Bote was reverse-split this season. 115 wRC+ and a.349 wOBA against righties, 80 and .296 against lefties. Which kind of combines with Bote doing better and better work as the season went along on breaking balls, but ones that broke away from him. And he actually ended up struggling on fastballs as the season went on.

Bote seemed to be concentrating on getting the ball in the air more, and he did better work up in the zone this year than last. It cost him so hard contact though, as his exit velocity went from averaging over 90 MPH last year to just 87 MPS this year. But his line-drive rate went up five points, and his launch-angle doubled. The dream would be if he could ever blend the two, and the Cubs might be inclined to think he can.

The problem for Golden Years here is that he makes contact way too infrequently. It’s below 70%, which is miles away from league-average. And the Cubs are going to be seeking contact wherever they can get it. Much like Happ, Bote can miss in the zone, which is something the Cubs are going to have to find a way to lessen. And seeing as how Bote will be 27 next year, the room for chance and improvement isn’t as large as it would be for a younger player. Doesn’t mean it can’t happen.

Defensively, Bote was mostly fine at second and better at third, his natural position. He could have gotten the Cubs out of more games at short to give Javy a rest than Maddon ever tried, but that’s not a huge cudgel to bash Maddon with. His versatility is probably what will keep him around.

Welcome Back Or Boot In The Ass: Considering he only makes $960K next year, there would be no reason to not have him back. And the only way you’d lose him now is via trade, and even in that he’d probably be something of a throw-in. Or a very minor deal returning maybe a reliever? But there’s no need. The plan is likely to just keep second base warm until Nico Hoerner is ready to take over full-time, be that April or June. Bote and Happ can certainly give you league average production for a month or two while waiting, and then be more than serviceable bench players after that. Obviously the trap door to that strategy is if Hoerner never claims the spot, and Bote and Happ are left staring at each other for a whole season there. Assuming both are here.

Bote walks a ton, so that mitigates some of his swing-and-miss ways a bit. If he can find a way to make more contact in the zone–he was another who eschewed going the opposite way and probably needs more of that–as well as rediscovering some of his hard-contact, he has the chance to be a real weapon. You can do a hell of a lot worse than Bote as a fifth or sixth infielder.