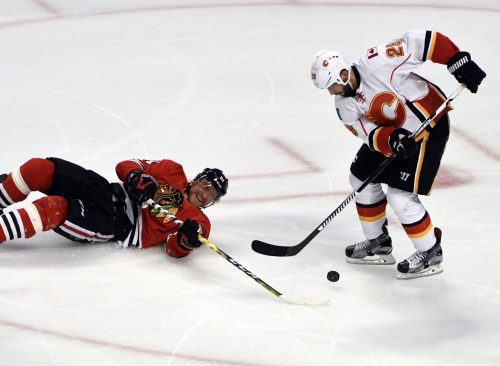 You live by the shootout, you die by it. Or you just take them to mean nothing because they don’t. While some will use this as an excuse to say everything’s fucked, it really isn’t. The Hawks, even as off their game as they were tonight, mauled the Flames at even-strength (which doesn’t say much for Glen Gulutzan Glen Ross). Once again, the penalty kill cost the Hawks a point this time, as it did in Nashville, and in Columbus, and would have against the Leafs if they didn’t get the two minute drill right.