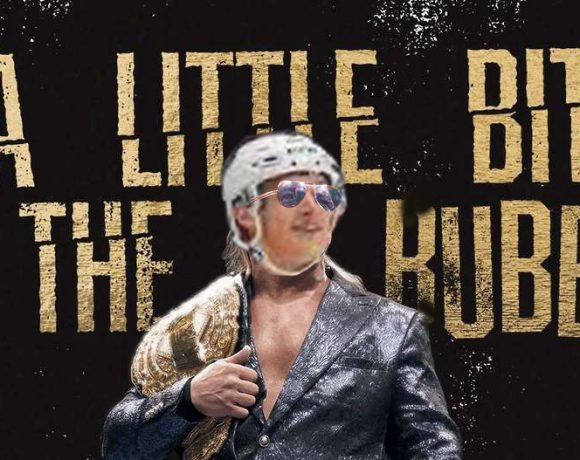 What Is Dominik Kubalik?

This isn’t some existential question, though I’ve reached the point in my life where I’m not sure everything isn’t one. Anyway, for the Hawks going forward, it’s important to identify what Dominik Kubalik is going forward, not only for what his next contract will be but for what the Hawks think they need to bolster the roster.

Because, thanks to the supernova genius of the past offseason, the Hawks don’t have a lot of wiggle room. We’ve been over and over what the Hawks can, and really have to, do to open up cap space. Even with today’s announcement from scratch-muppet Bill Daly that next year’s cap will be between $84-$88M (which means $84M), the Hawks don’t have much to work with. If they’re really planning on having Andrew Shaw and Brent Seabrook return to this team next year, at best they could have $15M to play with and that’s with a buyout of Olli Maatta. They can’t buy out Zack Smith until he’s medically cleared, and who knows when that would be. And this the Hawks, so they might not even be considering buying out Maatta, which means only $12M in space. And that would be pretty much gobbled up by Kubalik, Strome, and the two goalies they’ll need to bring in (even if one of those is a kid from the system).

So yeah, nailing the Kubalik contract is just about paramount.

The Hawks catch something of a break with Kubalik’s birthday being in August, as he won’t hit unrestricted free agency for three years instead of two. You can bet whatever contract comes next will be for three years for that exact reason, and it would behooved the Hawks to keep it there. Coming off a possible 35-goal season, buying out unrestricted free agent years could get expensive, unless Kubalik and his agent are just the nicest people in the world.

So let’s try and figure out what Kubalik is on the ice before we try and diagnose what he is going to get paid off of it. First off, he’s almost certainly not a 35-goal scorer consistently. He was a point-per-game in Switzerland, and did score one in every two there, but that didn’t project to what the Hawks have gotten so far.

As we’ve noted, Kubalik is shooting 19.1%, which just isn’t sustainable. The highest career-mark this century is Alex Tanguay’s 18.3. Currently, Draisaitl has the highest current career mark at 16.9%. Maybe Kubalik can keep it around there, but we don’t know that yet.

At the moment, Kubalik is leading the league in goals/60 at even-strength. Right behind him is Alex Ovechkin. Auston Matthews is fourth. David Pastrnak is fifth. This isn’t to say Kubalik is these guys, just the rarified air he’s keeping. Kubalik is currently doubling his expected goals per 60, which none of the other top-five are. All except Pastrnak have a higher expected goals per 60, and Pasta has the same rate.

Kubalik leads the league in difference between his actual goal-rate and his expected one, tied with Andre Burakovsky. You might say that talented shooters/finishers outshoot their expected rates all the time, and that’s what makes them special players, and you wouldn’t be wrong. Just not at this level of doing so. Currently Alex Ovechkin has a difference in those marks of 0.72, which is still someway lower than Kubalik’s 0.88, and by far the highest difference of his career. You’d be hard-pressed to find a more gifted finisher than Ovie.

If you look at simply Kubalik’s expected number of 0.86/60, that ranks him 29th, again even with Pastrnak and Aho and William Nylander, all encouraging names to be around to be sure. And Kubalik produced that while spending a good portion of the first half of the season on the bottom six and such. Toews may be his most common teammate, but the next forward on that list is David Kampf. Tells you a lot.

Kubalik’s attempts per game rank him 39th among forwards, which isn’t bad but doesn’t really make him a volume shooter. So he’s more of his find-his-spots guy, which is fine.

The worrying thing for the Hawks is that everyone around Kubalik’s ixG/60 makes some coin, like Aho or Stastny or Atkinson or Marchessault or Stone. What the Hawks will be harping on pretty hard you’d have to think is track record.

What’s kind of weird is that Kubalik has an outside shot at putting together the second-most goals for a rookie in the past 10 years. Matthews’s 40 is not going to happen, but Laine’s 36 could happen with just another heater for two or three weeks. He’s going to top Panarin’s 30 from 2016, which helped get him a $7M contract that the Hawks were too terrified to actually pay him and traded him before it kicked in. You can bet Kubalik’s agent is going to have this in mind.

Panarin shot 16% that year, a mark he didn’t match until this campaign in New York. Laine shot over 17% his first two years but hasn’t come close to that since. This is probably what the Hawks have in mind. Laine signed a two-year bridge deal coming out of his entry-level for $6.7M, and you can argue whether or not he’s been worth it or not.

Jonathan Marchessault on that list makes for an interesting comp, because both he and Kubalik feel like solid 25-30 goal-scorers. Marchessault signed his deal at 28, which marks him out from Laine, Nylander, Pastrnak who signed their current deals at younger ages than Kubalik will be this summer. The projection for them would be that they would get better, whereas the Knights were signing what Marchessault was and will be. He’s at $5M per year, which you’d have to say is a bargain, especially as he was UFA aged. The Hawks are probably pegging (not like that) this season as the absolute height of what Kubalik can be.

All of that suggests the Hawks are going to be up against it to get Kubalik in for under $5M a year, even with his restricted status. It’s also hard to find a comp for a player who comes from Europe and in his first year kicks ass and then is ready for a new deal. Panarin is about as close as you’d get and he had a second year before getting his deal. Anything under $5M per year should be considered a steal.

The Hawks do have all the leverage here, as it’s unlikely that someone is going to swoop in with an offer sheet north of $7M for a player with just one year in the NHL, and that’s the amount that would definitely make the Hawks pass. But then again, the Hawks have never used that leverage with anyone not named Marcus Kruger, and he didn’t seem to care.

And I’m not sure anything between $4.5M-$5.5M would ever be a bad deal for the Hawks. Given what his underlying numbers say, it’s easy to peg Kubalik as hovering around 25 goals, give or take, for the next few years. That’s about what they cost.