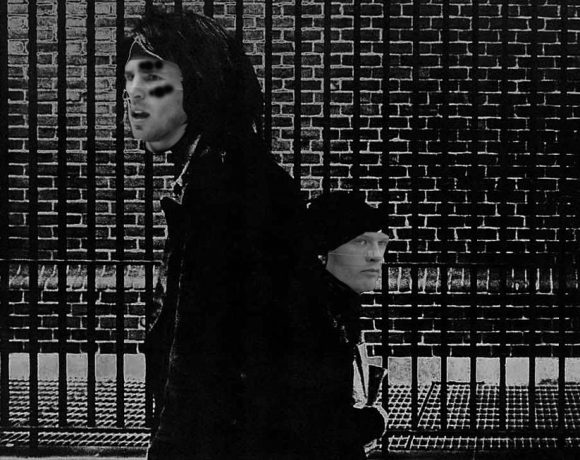 You may not want to hear that it was over seven years ago that Ryan Suter and Zach Parise shook the hockey world, or at least tried to, by signing matching 13-year contracts, worth $98M. What’s even funnier is that they still have five more years to run, though one wonders if they’ll actually finish them out. Parise especially could be an LTIR ghost one day, given that something falls off of him getting the paper every morning. Sometimes that thing is his coach.

As these things tend to do though, what once seemed outlandish cap hits have come back to be more than reasonable. It could be argued that the first pairing minutes Suter still supplies at a $7.5M hit is something of a bargain. Sure, Suter isn’t going to score at what first pairing d-men do now, but he’s going to be in the tier right below that. And his defensive metrics are still pretty glittering. His style of game should last for as long as he wants it to, because of its efficiency. Suter only has the 11th-highest cap hit among blue liners now, and you’d certainly rather pay him that Byguflien’s bloated ass (when he’s actually playing) or Brent Burns or even OEL and you could have a lengthy debate about Subban and Trouba.

Parise is a harder case. Health was always going to be a problem for a winger that plays a power forward game with bantamweight size. Parise has missed 98 games in the eight seasons he’s spent in St. Paul, which is hard to hold against him. He’s only scored more than 30 goals once as a member of the Wild, but has produced 25 or more three times. Is $7.5M for a second-line winger justifiable? Yeah, probably now, if on the high end. Though at 35 now, it’s unclear how long he can keep putting up 25 goals. To be fair to him, he’s on pace for that this year.

The question for the Wild isn’t what they got from Parise and Suter, because they got pretty much what they paid for. It’s what having them on the roster has cost them or kept them from getting. The Wild were never able to pair Parise with a #1 center. Some of that is a failing of their system, whether it was being too infatuated with Mikko Koivu, Mikail Granlund’s inability to be anything, or Eric Staal showing up on the scene too late.

It’s not Parise’s fault that the Wild haven’t been able to draft and develop much more than Jason Zucker or under-appreciating Nino Niederreiter.

Suter on the other hand has been part of good blue lines. Most teams would swap out their top pairing for Suter and Jared Spurgeon, and Matt Dumba has been an excellent second-pairing guy for a few years when healthy. Maybe they needed one more, but it’s not been nearly the most glaring hole on the Wild for this stretch.

And it’s neither Parise’s or Suter’s fault that Devan Dubnyk’s short spasm of brilliance either ran into the Hawks at the peak of their powers or came apart in the playoffs. And even when he was good, they didn’t have enough firepower.

It seems the Wild are definitely headed backwards now. They’re last in the division, and there isn’t really anything on the way to juice the team. After flogging Neiderreiter and Granlund last year, there isn’t much for the Wild to throw overboard now for futures. Especially as they were basically traded for nothing, depending on what you value Kevin Fiala as. And if you spend anytime thinking about Kevin Fiala, it’s probably time to have a hard look at your life.

Which makes it a question what the legacies of Suter and Parise will be. Certainly they probably did enough themselves, but the idea was that they would bring the Wild to prominence. They’ve won two games beyond the first round so far. It’s probably important to remember that at the time of the signing, the Wild were still struggling to come to terms with the post-Lemaire era. They hadn’t made the playoffs in four seasons and hadn’t won a series in eight. They needed something to get back on the map again, and to give their fans some reason to watch them over the Gophers, which most of them would rather be doing anyway.

It was probably worth taking the shot. But if you don’t do anything other than that, you end up with this.