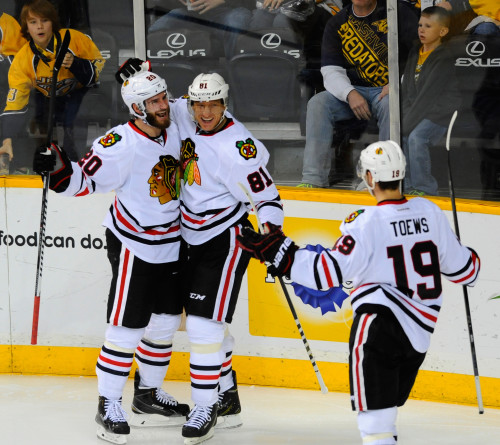 Over the past year or two a few different statisticians have been exploring ways to measure a player’s possession skills independent of his team. Team effects on a player’s possession numbers often have a heavy influence on a player’s stats. For example, early in the season, Dan Carcillo had the highest CF% at 5 on 5 of any other forward in the league. It should be obvious to anyone who has ever watched hockey that Carcillo is not the best player in the league and illustrates how important it is to understand that usage and team strength have a lot to do with these measures.