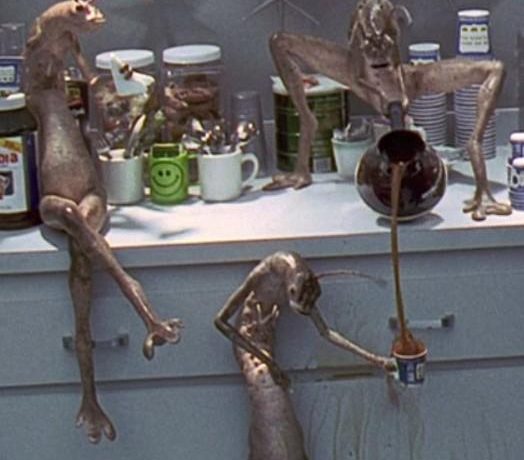 @Petbugs13 is one of the stranger Canucks characters floating out there in the internet. Which is saying something. Check out his work as Graphic Comments on Canucks Army.

The Nucks appear to be in a similar spot to the Hawks, in that making the playoffs wouldn’t really be as beneficial as getting another top five or three pick, right?
Oh my God yes. There are some in Vancouver that think the rebuild is over and that this team will soon return to the good old days when they would be battling toe-to-toe with the Hawks in search of the ultimate prize. Now, to be fair, they aren’t wrong. Except this time around, the ultimate prize is named Jack Hughes, not Lord Stanley.
But seriously, there really are people that think this. And unfortunately, those people happen to own/run the team. Now, I’m sure that for business reasons, they would love the revenue from a few playoff games and hope that getting back in would boost season ticket sales for next year. But from a hockey perspective, you’re absolutely right. This team needs at least one more top 10 pick, and for another one or mid round picks to turn into solid NHLers if they hope to compete.
Beyond that, the real danger of getting back in to the playoffs prematurely is that they’ll then continue down the Edmonton Oilers’ path. Making the playoffs two years ago was the worst thing that could have happened to Edmonton. It’s not just missing out on another pick, it’s how the team then reacts to thinking everything is fixed.
Pettersson, Horvat, Boeser are at the top of the marquee, but is there anyone beyond that who has looked promising for the future?
Not at the NHL level. Those are the three guys they are building around at this point. Virtanen and Goldobin are both struggling to live up to their promise, each in their own way. The rest of the roster is filled with guys you could pick up for $250 on the waiver wire at least once or twice during a season, or role players you go after for depth when you want to fill in gaps for a Cup run. And don’t get me started on the blue line…
If there’s any real help for the future, it’s going to come from the prospect pool. Adam Gaudette and Jonathan Dahlen look promising, and last year’s 7th overall pick, Quinn Hughes, could finally bring a true offensive threat to the Canucks’ defense corps. He is expected to join the Canucks once his season at University of Michigan finishes up.
When is it Thatcher Demko time?
Realistically, I think we can expect to see Demko as a full time NHL goalie next season, but I suspect it will still be in a backup role but with the opportunity to play himself into a bigger share of the net. It will be Markstrom’s last year under contract, so the timing is right for Thatcher to get acclimatized to playing in the league.
That means learning to watch out for a number 97 flying at him out of nowhere when he’s playing in Edmonton. You know, just in case it lands on his head and then he can’t see the puck. And, since he plays for the Canucks, he’s also going to need to eat, sleep, shower while wearing headphones playing Chelsea Dagger on a loop. There’s no way that song is going to rattle another Canucks’ goalie, dammit.
The Canucks have a ton of cap space for next year, and a bunch of RFA’s that wouldn’t appear to be urgent to re-sign. So I guess our question is how are they going to fuck this up?
I think you just answered your own question. Jim Benning has not met a ton of cap space he couldn’t turn into a lump of lead or two. Actually, scratch that. He would overpay and definitely only be able to afford one lump of lead.
I mean, here’s a guy that dodged a bullet when his old boss, Peter Chiarelli, outbid the Canucks for Milan Lucic three years ago, but he still managed to throw the inadvertent win away by signing Loui Eriksson to an untradeable six year, $36 million deal! He signed Brandon Sutter to a five year extension and gave him a retroactive no-trade clause for the one year he had left on his existing deal!! He is paying Sam Gagner $3 million to play for Toronto’s farm team!!!
Have no fear. Jim Benning has no shortage of ways to burn Francesco Aquilini’s money.