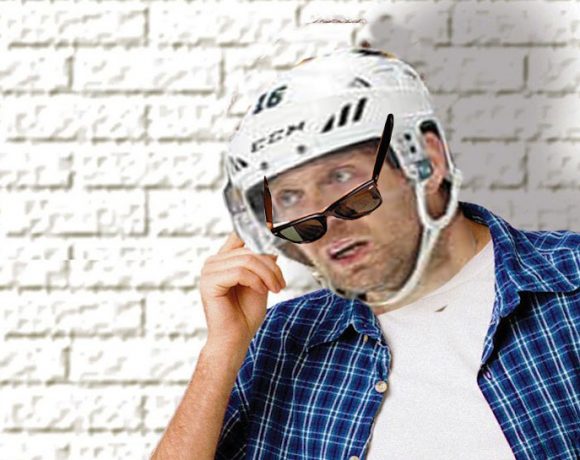 Game #4 – Hawks vs. Wild Douchebag Du Jour: Why Does Eric Fehr Have A Job?

We’re not blaming Eric Fehr. After all, who wouldn’t take a paycheck to play NHL hockey? You only get a certain window to play at the top level, and every player wants to extend it as long as they can.

The thing is, Fehr has been terrible for three or four seasons at least. There’s a reason the Leafs had him in the AHL for most of last year. Fehr hasn’t scored over 14 points since 2015. Not that Fehr ever was considered a scoring threat, but there was a time when he was a bottom-six, support-scoring guy. He’s always skated well enough, though even that’s changing at 33.

But Fehr’s underlying numbers have been terrible for a long time. Relative to his team, his possession-number hasn’t been positive since 2014 with Washington. And he’s been aggressively bad for most of the time since, posting relative-Corsis like -6.8, -9.4, -9.5, and -7.6. That’s not just bad, it’s aggressively so. Yes, Fehr has taken an overwhelming majority of shifts that start in the defensive zone. So he’s not likely to turn the play the other way most of the time. Still, you’d like him to be able to do it at all. It’s been five years since he’s done that.

As the game skews younger, you’d think players like Fehr are going to be moved out. There are certainly middle-six veterans who struggle to find the money they deserve thanks to the salary cap. But Fehr isn’t one of them. NHL teams and general managers are suckers for a veteran fourth-liner who like, growls a lot and “knows how to be a professional.” Or at last that’s what they say.

Fehr is hardly taking up much cap space at $1M for one year. It’s no risk. But the thing is, with the cap in place you have to maximize the time you have a guy on an entry-level deal.  A player like Luke Kunin, who has a much bigger future, should be here. There’s a few others.

Fehr will be paste by February. He’ll probably get another job next year. So it goes.