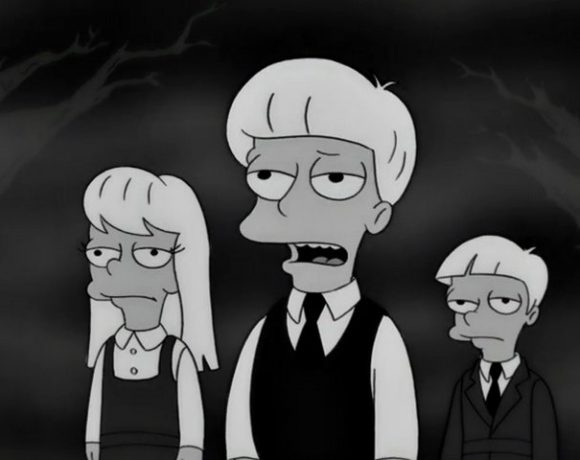 Game #57 – Hawks vs. Canucks Spotlight: Children Of The Corn

We didn’t ask for this. The Canucks made it so. One, they have such a nondescript team that we’ve already highlighted Quinn Hughes and Elias Pettersson so who gives a fuck about anyone else now? We didn’t pick this fight.

That victory, the dragon-slaying as it’s known up there, was merely the Presidents’ Trophy winner avoiding blowing a 3-0 lead to an overmatched, exhausted, and undermanned Hawks team. It should have only been relief, not a marker. Jake Dowell and Fernando Pisani got serious run for that team. Ryan Johnson did too. This was hardly the juggernaut that had gone upside the Canucks head the previous two seasons.

And that’s the thing about the Canucks and the Sedins. They can look back and try and claim how much those series with the Hawks meant, but it doesn’t mean the same here. Sure, the Canucks were part of it, but as Hawks fans and they cherish the one series win over Detroit (kind of the same thing as ’11 for the Canucks, except it resulted in a Cup win and had much more history to it) far more than anything then happened with Vancouver. Or the win over the Bruins. Or the two battles with the Kings. Hell, the Hawks have the same playoff history with the Predators.

If the Canucks and Sedins wanted to be truly apt, they would stand in the shadows during the ceremony tonight, because that’s all they did when it mattered. Especially Daniel, or Shooty-Twin. Are they the greatest Canucks of all-time? Absolutely. Should they walk into the Hall of Fame? Of course. Their numbers should have been retired immediately upon retirement. But they can’t ever shake the legacy that they couldn’t bring Vancouver what it doesn’t have, and were some of the biggest reasons they don’t.

2009 against the Hawks: Daniel had two goals, both in Game 6 when his team forgot to play defense.

2010 against the Hawks: Daniel didn’t score once.

Daniel would go on to score one playoff goal in 11 more playoff games as the Canucks still look for their first series victory since going to the Final in ’11. Haven’t managed one yet. Henrik continued to put up assists through all this, as he Getzlaf’d his way through games on the outside while watching it all pretty much pass him by. And it’s not like they found success before this in the postseason. Daniel had two goals in 12 games in 2007 and the record will read 25 goals total in 102 playoff games. Henrik managed 78 points in just about the same amount of playoff games, but ask Canucks fans if they remember any.

Sometimes it’s not fair to judge players on what happens just in the playoffs. The competition kicks up, teams are focused on stopping you, and in a handful of games the percentages and bounces can just abandon you even if you’re doing everything right. But at some point, when you’re the top line players and the biggest reason your team is there in the first place, you have to stand up and be counted. It didn’t stop Toews. Or Kane, Or Crosby. Or Malkin. Or Ovechkin. Or Kopitar. But it stopped the Sedins, multiple times.

Vancouver can ignore it for a night. Maybe even a lifetime. But it’s part of the record in the rest of the hockey world. So have your ceremony against the Hawks if it makes you feel good. No fanbase or team knows the truth better.