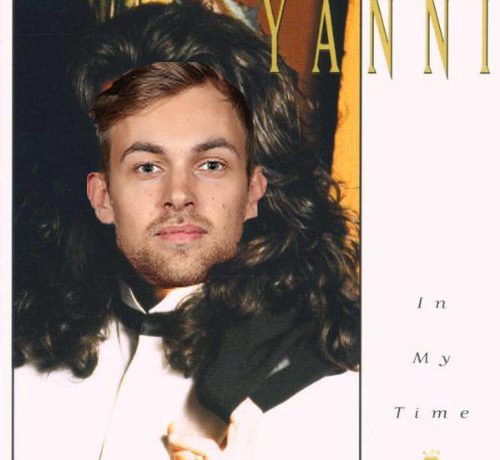 There was a time when I thought Jan Rutta might be a halfway decent defenseman. Sure, he was a nobody from a random European league, but I personally have a soft spot for Euros, and besides, the Hawks have a good track record with European scouting.

Oh how wrong I was. Rutta was basically a bust, and the Hawks added insult to injury (literally) by giving him a contract extension for 2.25 million rather than using that money to, oh, I don’t know, bring in someone not constantly tripping over his own dick in the defensive zone. And what I mean by that “literally” comment is that Rutta missed a bunch of games with various and sundry injuries just before the re-signing, making it all the more infuriating. But he’s here and it appears we’re stuck with him, so let’s do this:

A Brief History: Rutta pretty much sucked, but one could be tempted to blame his fellow slag, Gustav Forsling, who he was paired with more often than not. Rutta had the second-worst possession numbers out of defensemen (49.8 CF% at evens), and the only guy worse was…wait for it…Gustav Foreskin, his erstwhile partner! Unsurprisingly, their joint possession numbers were terrible (48.2 CF%).

But it’s not just that his work with Forsling was hideous to watch. Rutta’s numbers embodied the definition of lackluster: -3.0 CF% rel, 48 xGF%, 33 giveaways to 10 takeaways, it just goes on like this. To his credit, Rutta had the third-highest point total for a defenseman last year at 20, but he had the frustrating habit of scoring a goal after a craptacular run of mistakes, and it was just enough for Q to ignore logic and recent memory and keep putting him in the lineup. The contract extension in March was salt in the wound that resulted from watching the Hawks’ blue line, and it promises to continue causing agony for the foreseeable future.

It Was the Best of Times: The best-case scenario is that Rutta ends up a serviceable third-pairing guy. And by serviceable I mean he improves his possession numbers and his mobility—even just a little. Maybe he and fellow undeserving-signee Erik Gustaffson can kill enough time on a third pairing to let Keith, Murphy, and whoever else gets stuck with Seabrook catch their breath. Maybe he and Brandon Manning can perfect the “just a guy” pairing and not give up about 8,000 goals when they’re out there. Eating up ice time with minimal damage would be the ideal outcome here.

It Was the BLURST of Times: Conversely, the worst-case scenario is that Rutta has a starring role on this defense. If Q puts him on the top pairing with Keith—and don’t think it can’t happen; they had a 52 CF% in Rutta’s 57 games last year—we’re going to have an aging Keith with an immobile partner who is prone to turnovers. Not exactly what you want for what is ostensibly your best pairing. In this nightmare, Rutta bumbles through countless bad giveaways and gets smoked by the opposing offense, yet somehow scores 10 goals and Quenneville’s selective amnesia goes unchecked, while Duncan Keith deteriorates faster than he should. Don’t let the above-water possession stat from last year fool you—this would be a comedy of errors most nights.

Prediction: What likely happens is a mix of these two scenarios. Rutta plays with Keith until a series of egregious mistakes forces Q’s hand. He spends time bouncing between the second and third pairings as Q hits the blender like a drunken bridesmaid attempting to make frozen margaritas near the end of a bachelorette party. He ends up in the press box periodically as Jokiharju comes into his own (it’s wishful thinking I know but LET ME HAVE THIS). Rutta ends the season with less than 15 points and fewer than 5 goals, and when his one-year extension is up, the team lets him go and we all breathe a sigh of relief. Or they trade him as part of a package for a real defenseman, like we’ve been waiting for these past five months. But that’s too much wishful thinking—this is a prediction after all.