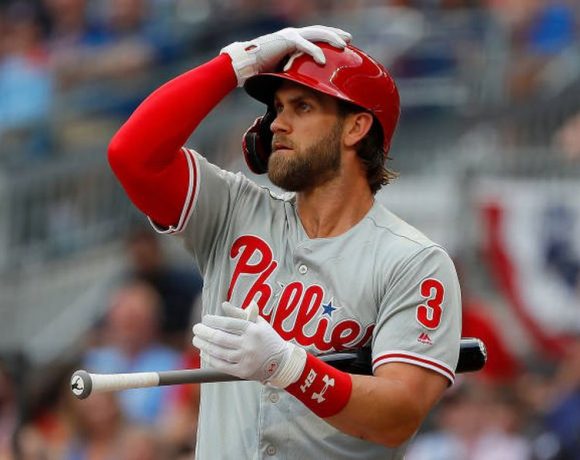 Phillies Spotlight: Is This It, Bryce?

You’ll never convince Cubs fans that Bryce Harper wouldn’t have fixed everything that’s wrong with them. Big splashes feel good. You learned that when you were four at the pool (unless you were like me and your father showing you “Jaws” at age four had you terrified of any body of water until you were like 10. It was an odd childhood). Harper would probably be a slight upgrade on Nicholas Castellanos now, and certainly would have provided more than Albert Almora Jr. did in center, or whatever various combinations the Cubs have tried.

Still, the Phillies–or more to the point, their fans–might just be wondering if this is all they’re going to get from their $330M man. Because it’s easy to sit and point out that his average, his on-base, his slugging are all below career-norms, as are the encompassing numbers like wOBA and wRC+. It would be natural to conclude that it will go up from here, that is if you were the optimistic type. Phillies fans have rarely been confused with that, though.

But this is hardly the first season that Harper has put up above-average but hardly Titan-mashing numbers. His wRC+ is 118 this year. He has a 111 season on the resume, and a 115. He’s shown this before. And none of these numbers are bad, but they’re not worth the armored truck he’s getting paid on a weekly basis.

And you have to ask how much his incredible 2015 season, which featured a 197 wRC+ and a .461 wOBA. Even without that season, his averages for his career are that of a very good, if not great, player. But he’s hardly a metronome. It’s not that he’s past his peak, it’s just that the Phillies can see it from where he is now.

So how do they get him back to that 2015 form? Or even 2017 when he was fantastic before getting hurt? Which is also a patented move for him.

That’s a tough answer. Harper has seen a small surge in his contact numbers, just liek everyone else this year thanks to the Titleists that are posing as baseballs these days. But hardly a surge, and pretty much in line with what he’s done most of his career.

What has flummoxed Harper this year is that he’s been nearly helpless against breaking pitches. He whiffs on half the swings he takes against them, which is a bit obscene. Against sliders and curves he’s not even close to hitting .200. He hasn’t been much better on change-ups. Harper has always struggled with slower stuff, but this is pushing it. Might make one fear he’s cheating on fastballs, which at the age of 27 would be something of a nightmare. It’s still tough to get a fastball by him, but he can’t be selling out for that now. And he is whiffing a touch more on those as well.

And it would appear that pitchers have found a soft-spot on Harper with the fastball: Check out up and in in the zone on him and outside for his career and then this year, in terms of slugging: 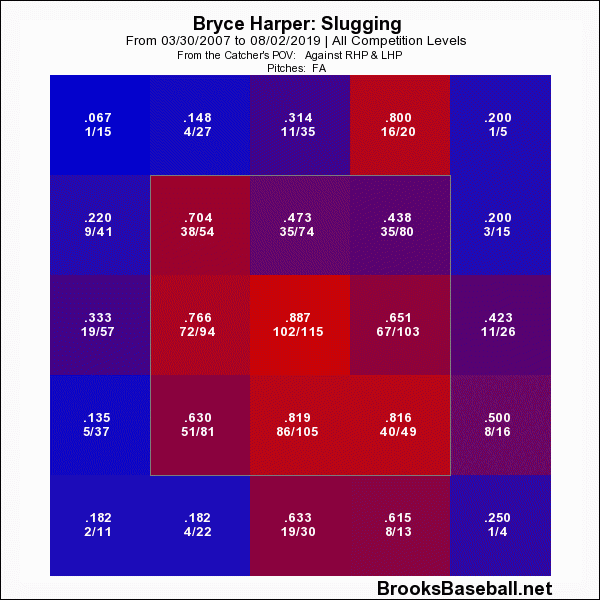 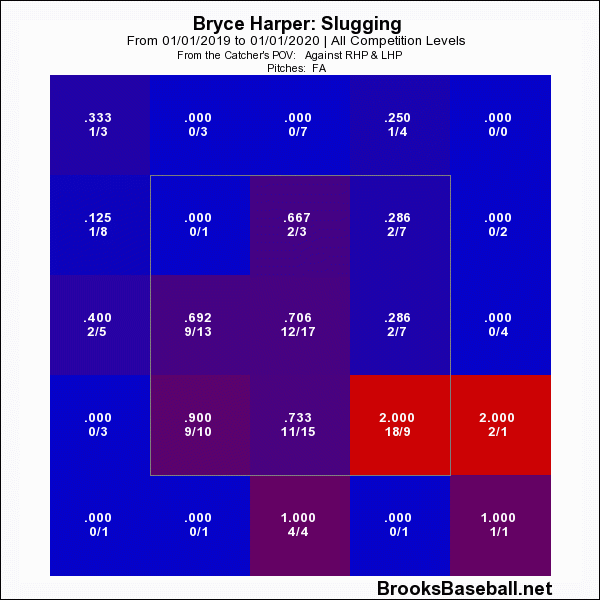 Now with the pop-up rate this year: 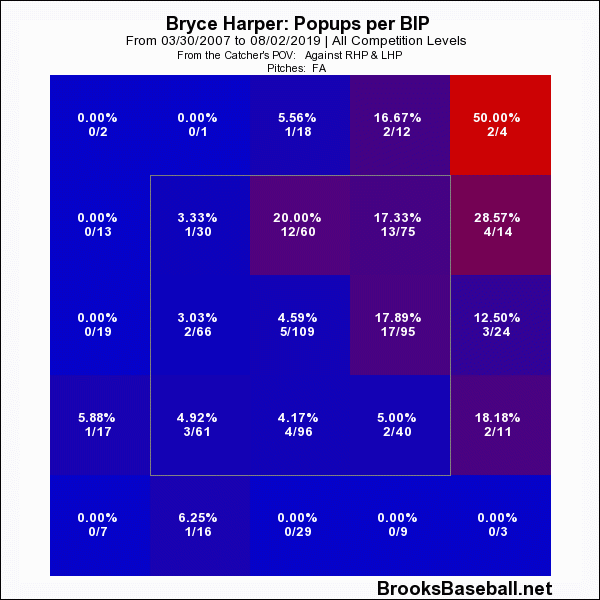 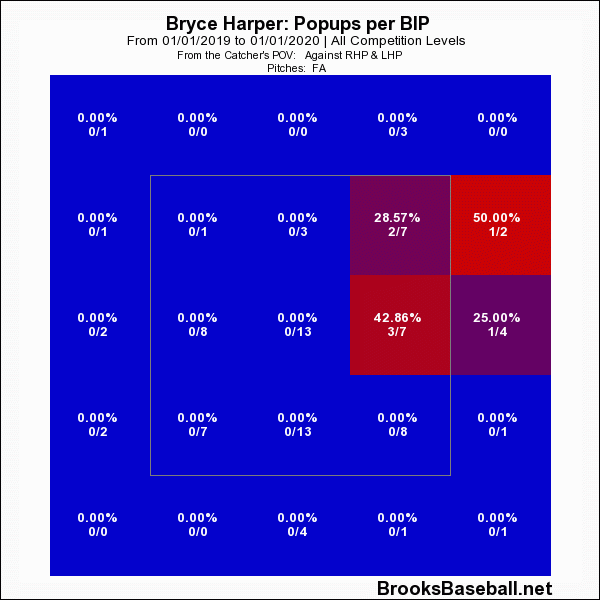 Seem like he’s having trouble catching up? Care to guess where most of the whiffs on sliders and curves come? You know, we don’t have to show you.

It’s hard to believe that with Harper’s other-worldly bat-speed he can’t get to fastballs in tight anymore, but that’s the way it looks. He’s not going to see anything else until he solves this, and solve it via another way then just getting out in front even more. Otherwise, the next 11 years in Philadelphia he’s going to find are less than sensitive.